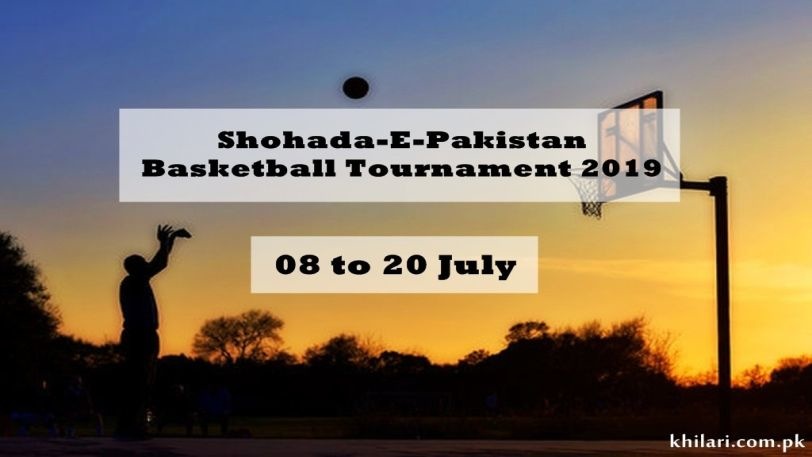 8 July, 2019 - 20 July, 2019
Karachi
Arambagh basketball court
Basketball
According to the information provided by Karachi Basketball Association (KBBA) President, Ghulam Mohammad Khan, Karachi Basketball Association (KBBA) in collaboration with Pakistan Sports Welfare Association (PSWA) organized the Shohada-E-Pakistan Basketball Tournament, into the year 2019.
This tournament saw 13 days of complete action which begun from 08th to 20th July and all the matches were played at Arambagh basketball court at night time.
Competitions in two different categories of Seniors and Juniors were held in the tournament in which as many as thirteen leading club's teams of the city of lights: Karachi participated to pay tribute to the martyrs who sacrificed their lives for this nation.
The senior class had a total of six teams while Junior category consisted of seven teams.
TEAM DIVISION:
- Senior: Bounce Club, Nishter Club, Neighbourhood Club, Karachi Basketball Club, One Unit Club and Askari Club.
- Junior: Lecole Ballers, Bahria Club, Karachi Colts, Usman Club, Arambagh, Binoria and Falcon Sports.
Players from their respective teams were seen performing with all their b est of skills and talent in the sport so as to earn the ultimate title of the tournament.
Karachi Basketball Association (KBBA) President, Ghulam Mohammad Khan was the chief organizer of the event who said that the winner trophy of the event has been named after Hakim Said Shaheed, while the running trophy is named after Shaheed-E-Millat Liaquat Ali Khan Shaheed. Man of the Tournament Trophy has been named after Benazir Bhutto Shaheed.
Trophies named: Hakim Muhammad Said and the Liaquat Ali Khan Shaheed were awarded to the winner and runner-up teams that are: Bounce Club and Neighborhood Club while the Benazir Bhutto Shaheed trophy was shared by Zia Ahmed of Bounce Club and Abdullah Khan of Neighborhood Club.