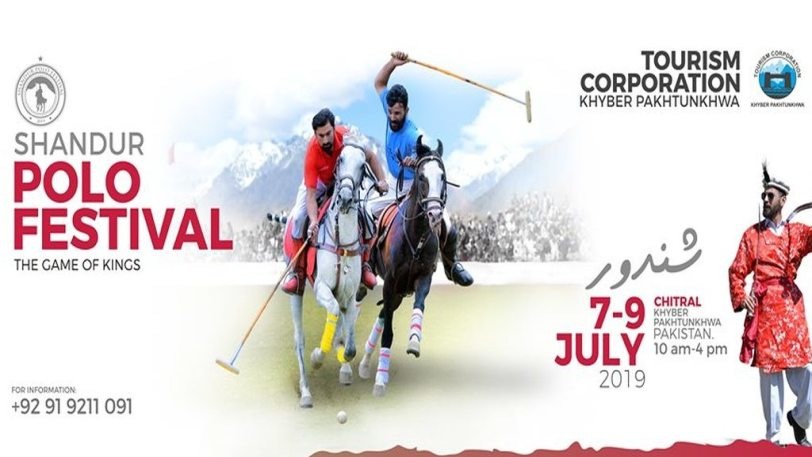 Shandur Polo Festival concluded successfully at the Shandur Pass where passion for polo was highest on the world’s highest Polo ground.

Shandur polo festival is an amazing festival celebrated by the tribes of Gilgit and Chitral in the northern areas of Pakistan. The tribes from the regions of Gilgit-Baltistan and Chitral meet at the Shandur pass every summer. The pass has a beautiful polo ground where a unique wild free-style polo is played between different teams of the region.

Shandur polo ground is considered to be the highest polo ground in the world at 3,700meter. The polo ground is adjacent to Shandur lake. The festival provides an amazing cultural experience in the Hindukush mountain ranges.

Option I (Shandur Polo Festival & Back)

Day 04 Final day at Shandur and drive to Chitral

Shandur Top (el. 12,200 feet (3,700 m)) located in District Ghizer of Gilgit-Baltistan: Shandur-Top in Ghizer is often called the ‘Roof of the World’ where the Hindukush in Gilgit-Baltistan. For more details contact at 03227093593.

Shandur invited visitors who experienced the traditional Polo tournament which since 1936 has been held annually in the first week of July between the teams of Gilgit-Baltistan and Chitral. The tournament is held on Shandur Top, the highest polo ground in the world at 3,700 meters (the pass itself is at 3,800 meters).

The festival also included Folk music, dancing, and a camping village. The polo tournament is featured in the first episode of Himalaya with Michael Palin. Various teams of Gilgit-Baltistan and Chitral have always played the game of polo closest to its original form. In the past, the British Rulers were the patrons of the game.