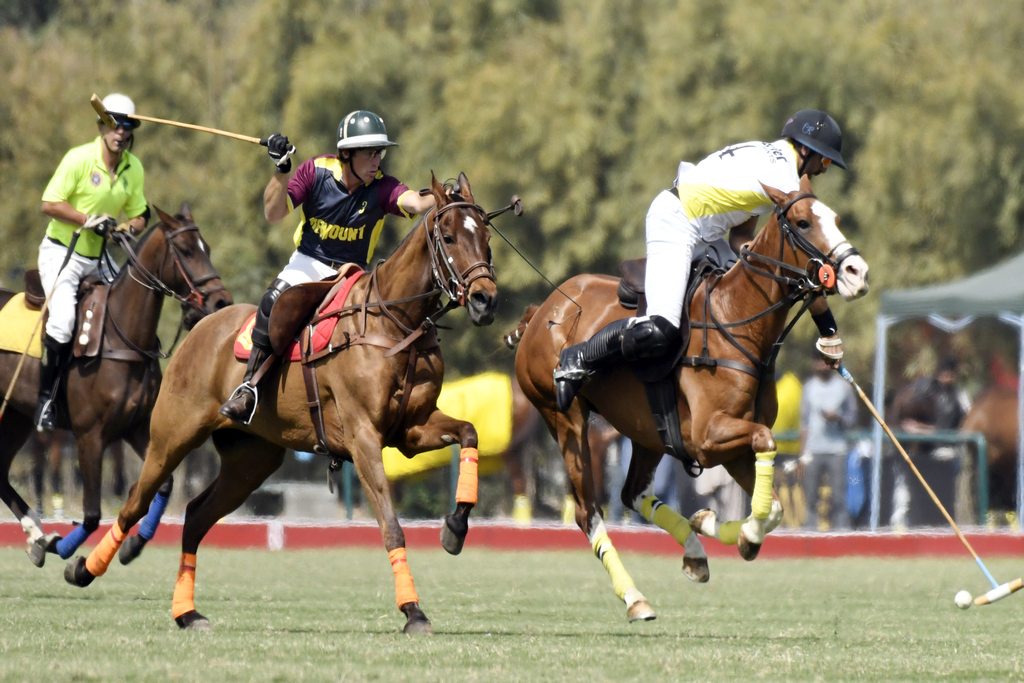 Marcos Panelo excelled in Master Paints' narrow 7-6 triumph over Remounts. Panelo was star of the day for Master Paints with fabulous four goals while Juan Cruz Losada banged in a brace and Farooq Amin Sufi struck one. For Remounts, Ignacio Negri cracked a quartet while LD Imran Shahid and Vieri Antinori scored one goal apiece.

Remounts started the match well and banged in a brace to have 2-0 lead. Master Paints opened their account with a field goal to make it 2-1. The second chukker was identical to the first one as once again Remounts converted a brace against one goal by Master Paints to gain 4-2 lead.

Remounts added one more goal in their tally in the beginning of third chukker to stretch their lead to 5-2 while Master Paints made a good comeback by thrashing in two back-to-back goals to reduce the margin to 5-4.

Remounts continued their habit of scoring the opening goal of the chukker by firing in a field goal to enhance their lead to 6-4 while Master Paints smashed in two back-to-back goals to level the score at 6-6.

In the fifth and last chukker, the only and decisive goal was converted by Marcos Panelo to steer Master Paints to a close 7-6 win.

The great team work helped Diamond Paints defeat Barry's by 6-4 in the first match of the day. All the players contributed equally and guided Diamond Paints to a dazzling win. Raul Laplacette, Ramiro Zaveletta and Mir Huzaifa Ahmed slammed in a brace each for Diamond Paints while for Barry's, Ernesto Trotz converted all the four goals.

The third encounter of the day also proved to be a thrilling one, where after a tough fight, FG Polo managed to beat team Risala by a close margin of 7-6. For FG Polo, Francisco Bensadon smashed in superb six goals while Jamie Le Hardy scored one goal. For team Risala, Dylan Rossiter hammered four goals while Abdul Rahman Monnoo and Pedro struck one goal each.

FG Polo made a good start in the third encounter of the day by banging in a brace to take 2-0 lead. They added one more in their tally in the beginning of second chukker to enhance their lead to 3-0. Risala bounced back well by hammering a hat-trick to level the score at 3-3.

The third and fourth chukkers were dominated by FG Polo by scoring a brace each to gain 7-3 lead while Risala slammed in three goals in the fifth and last chukker to make it 7-6, thus lost the encounter by just one goal margin.