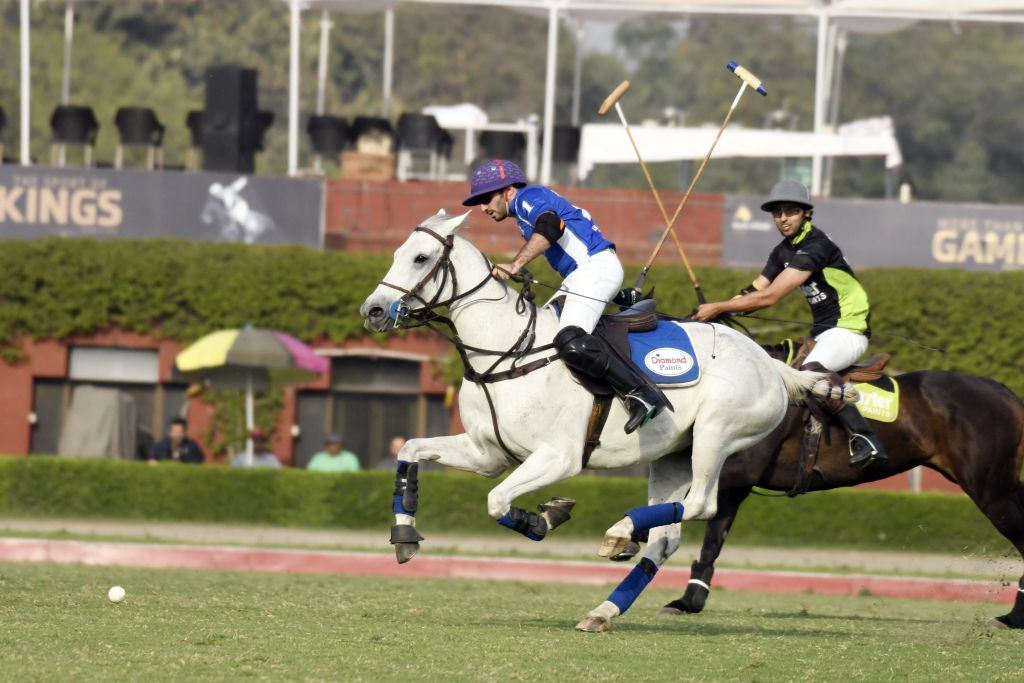 Ignacio Negri fired in fabulous five goals in the Remounts' thrilling 7-6 victory over Barry's in the first match of the day. Vieri Antinori and LD Imran Shahid were the other key contributors from the winning side. The losing side though also played well as Ernesto Trotz hammered fantastic four goals and Hamza Mawaz Khan struck one yet they couldn't help their side score victory.

Imran Shahid opened the account for Remounts to take 1-0 lead, which was soon equalised by Barry's Ernesto Trotz at 2-all. Ignacio Negri scored one to provide Remounts 2-1 lead. The only goal of the second chukker was struck by Trotz to draw the score at 2-all. The third chukker was evenly poised as both the sides hit one goal each to make it 3-all while they converted a brace each in the fourth chukker to square the things at 5-all. Remounts started fifth and decisive chukker aggressively and thrashed in two back-to-back goals to earn a 7-5 lead. Barry's though tried hard to score some match-winning goals yet they could score just one goal and lost the match by 6-7.

Helped by a hat-trick of Juan Maria Ruiz, BN outpaced Risala by 6-2. The remaining contribution came from Eulogio Celestino, Raja Mikail Sami and Baber Naseem - all scored one goal apiece from the winning side. For Risala, Dylan Rossiter and Abdul Rehman Monnoo scored one goal each. BN dominated the match right from the beginning till the end of the fourth chukker and took a healthy 5-0 lead. BN added one more in their tally through Baber Naseem to stretch their lead to 6-0. In the dying moments of the fifth and last chukker, Risala converted two goals - one each by Rossiter and Abdul Rehman - but that was too little too late as they lost the match by 2-6.

Raul Laplacette steered Diamond Paints to a convincing 8-6 victory over Master Paints Black in the third and last encounter of the day. Laplacette emerged as star of the day with a contribution of fantastic four goals while Ramiro Zaveletta banged in a brace and Mir Huzaifa Ahmed and Saqib Khan Khakwani hit one goal each. For Master Paints Black, Matias Vial Parez cracked a quartet and Mariano Raigal and Ahmed Ali Tiwana struck one goal apiece.

Diamond Paints dominated the match right from the word as they banged in a brace - one each by Mir Huzaifa and Zaveletta - to gain 2-0 lead, which they further enhanced in the second chukker by converting another brace - one each by Saqib and Laplacette - to earn a healthy 4-0 lead. Laplacette thrashed in two more goals in the third chukker to further stretch their lead to 6-0 while Matias scored the first one for Master Paints Black to reduce the margin to 6-1. Diamond Paints added one more in their tally to enhance their lead to 7-1 while Master Paints Black struck one to reduce the margin to 7-2. Master Paints Black bounced back well in the fifth and last chukker hammering four goals to further reduce the deficit to 7-6 while Master Paints Black converted one through Matias to win the match by 8-6.