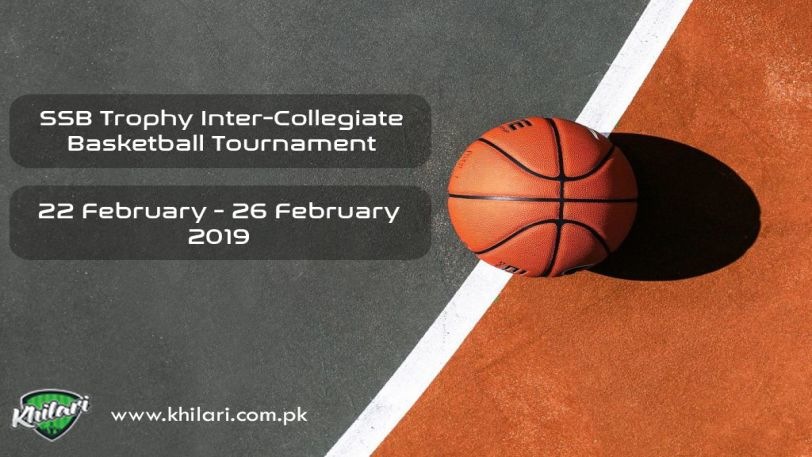 Sindh Sports Board (SSB) in joint efforts with Karachi Basketball Association (KBBA) once again is organizing this mega basketball event which has been named as "SSB Trophy Inter-Collegiate Basketball Tournament". Various colleges have been sent invitation to register their teams who wish to participate in this mega event that will be played for both boys and girls in Tando Jam and Karachi, respectively.

The boys championship will be played for two days that is, 22 to 23 February at the Agriculture University, Tando Jam while the girls event will be staged at Arambagh Court and the National Training and Coaching Centre in Karachi from 25 to 26 February. Players from their respective teams will be seen competing against each other so as to win the ultimate title of this championship.
KBBA President, Ghulam Mohammad has appointed Director Sports Tando Jam University, Anwar Hussain Khanzada and Technical Official, Zaeema Khatoon as organizing secretaries for boys and girls events, respectively.