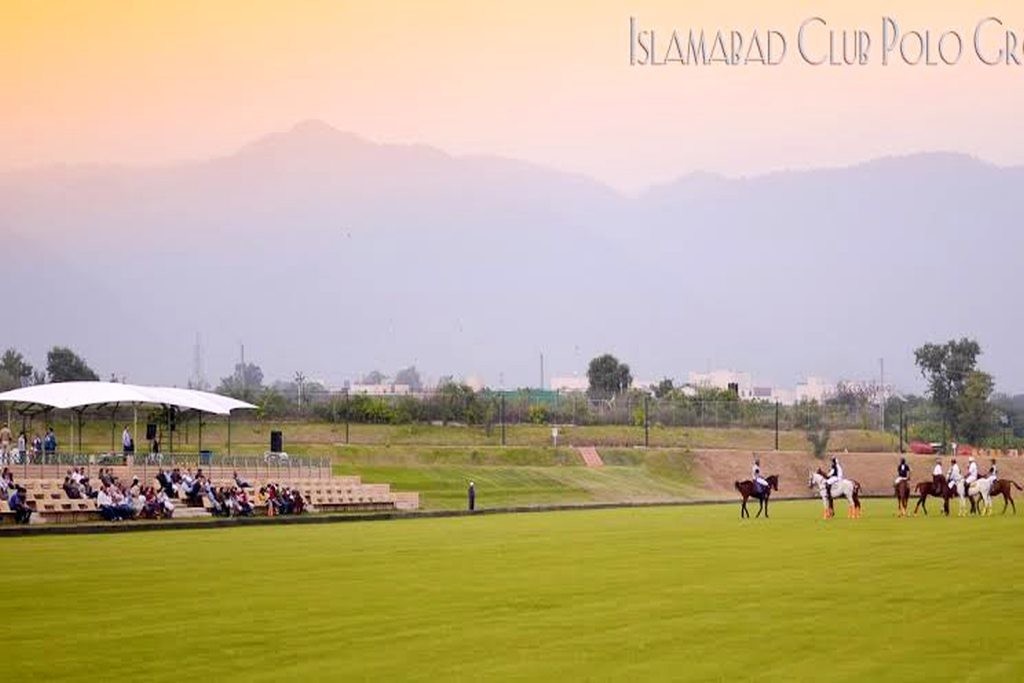 Inaugurated by the president of Pakistan in March 2014, The Islamabad Club Polo Ground is a recent addition to the Club and is rated as one of the best grounds by the high goal foreign players who have played on these grounds.
The state of the art facility designed in collaboration with Battro Polo Fields, the leading Argentinean experts in this field, is comparable to any polo facility around the world. Adjacent to the grounds is a flood lit arena, the first of its kind in Pakistan where arena polo championships have also been staged. Stables/corals; paddocks, exercise track,tack rooms and groomers’ accommodation are part of the complex. Facilities are also being expanded due to increasing demand.
The facilities have been built and are being managed with a view of ensuring that Islamabad Club leads all other polo clubs in South Asia in terms of the standards followed and quality offered; be it the quality of the grounds and other facilities or the standard of grooming. Taking into consideration environmental concerns, a lake has been built for irrigation purposes which is filled entirely through rain water and no fresh water is used for this purpose.
A number of exhibition and competitive matches have since been held on the ground. A large number of polo enthusiasts, diplomats, government officials and corporate executives were present at these matches.
In order to further popularize the game of Polo and create a new generation of polo players besides enhancing the skills of existing players, the club has organized a coaching academy. The academy is being run by Mr. Matias De Olmos, a well known polo coach from Argentina. Currently, more than fifty students are learning to improve their skills at this academy. We are confident that, with the passage of time, some of these students will be able to compete with the best at the international level.