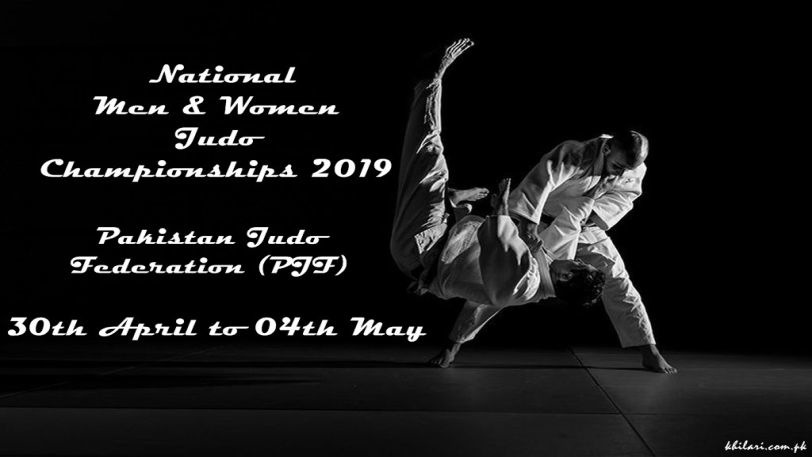 30 April, 2019 - 4 May, 2019
Islamabad
Pakistan Sports Complex
Martial Arts
Pakistan Judo Federation is organizing National level Judo event into the current year and as disclosed by Pakistan Judo Federation (PJF), in the light of the decision of the last general council meeting, team events for men and women have also been included for the very first time and the competitions will be held as per the rules of International Judo Federation (IJF). National Judo Championships in the current year marks 26th edition of Men's while 9th edition of Women's National Championships.
This championship will feature a total of about 15 teams belonging to several different provinces, departments and cities of the country including DHA that have been given the invite to participate for the promotion of Judo.
The teams taking part includes: Khyber Pakhtunkhwa (KPK), Punjab, Sindh, Balochistan, Islamabad, Federally Administered Tribal Areas (FATA), Gilgit-Baltistan (GB), Azad Jammu and Kashmir (AJK), Army, WAPDA, Railways, Police, Navy and Higher Education Commission (HEC).
PJF Chief Col (retd), Junaid said the best fighters from the event would be given chances to represent Pakistan in international events.
The championship of men will be held in ten different weight categories of -50 KG, -55 KG, -60 KG, -66 KG, -73 KG, -81 KG, -90 KG, -100 KG, +100 KG and Open weight, where as for the women category, the competitions will be contested in 8 different weight categories which includes: -40 KG, -44 KG, -48 KG, -52 KG, -57 KG, -63 KG, -70 KG and Open weight.
The Men's Team Event will be contested in -66 KG,-73 KG,-81 KG,-90 KG and +90 KG and the Women's Team Event will be played in -52 KG, -57 KG, -63 KG, -70 KG and +70 KG.
30th April will see a number of meetings and weigh-ins of the participants as the teams will arrive on 30th April, Managers meeting will be held at 03:00 PM followed by meeting of Technical Officials at 04:00 PM and official weigh-in of the fighters at 06:00 PM.
Dr Fehmida Mirza, Federal Minister for Inter-Provincial Coordination (IPC), will grace the event open.