Pakistani judoka Shah Hussain Shah has lost fight against Egypt’s Darwish Ramadan in the -100 kilogramme judo competition of the Tokyo Olympics in the Japan. 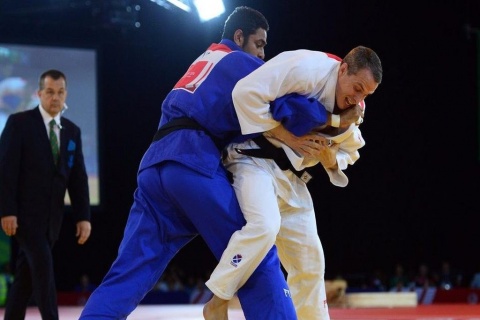 World No.13, Egypt’s Darwish Ramadan has ended Pakistani judoka Shah Hussain Shah’s Olympics journey in his first fight and qualified for the next round.

The son of famous boxer Hussain Shah, who earned a bronze medal in Seoul Olympics 1988, Shah featured in Olympics for the second time— Shah made a poor debut in 2016 in the Rio Games when he was undone by Ukraine’s Artem Bloshenko in the second round.

Before Shah Hussain, weightlifter Talha Talib, finished at fifth place in 67kgs weightlifting competition and Mahoor Shahzad exited the women’s singles badminton tournament at the Tokyo Olympics while Haseeb Tariq finished 62nd out of 70 competitors in the heats for the men’s 100m freestyle swimming competition.