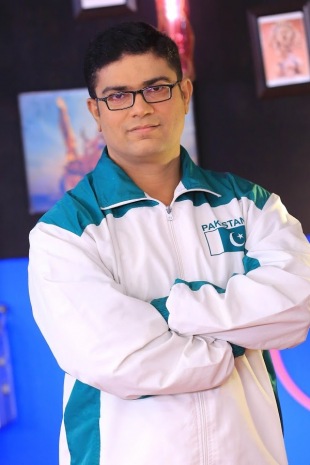 Karachi-born has mastered the skill of setting new world records in the field of martial arts and till now, he has already registered 65 Guinness World Records in different forms.

“My target in future, I want to complete my 100 records.” - Muhammad Rashid

His record-breaking journey began in 2013, he also trained his daughter, Fatima Naseem, to break a record too!

Muhammad doesn’t just train his daughter, he is the founder and president of the Pakistan Academy of Martial Arts, where many of Muhammad’s students have gone on to become record holders under his training.

Rashid urged government to immediately turned their attention towards him so he can achieve 100 Guinness World Records for Pakistan.