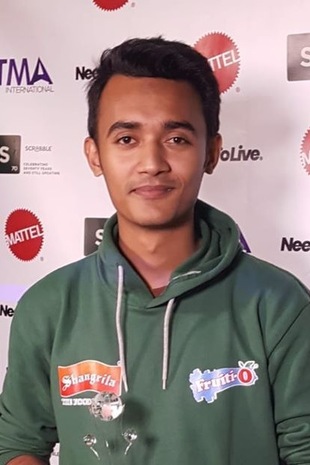 Moiz was conferred with a gold medal by Nazaria-I-Pakistan Trust in 2014 for his achievements in Scrabble. He was mentioned alongside Nobel Prize Laureate Malala Yousafzai, Asma Jahangir, and several others in the Newsline Magazine, on being one of the Pakistanis who have made a prominent mark internationally.


Moiz Ullah Baig is a Pakistani Scrabble player who is a graduate of NED University of Engineering and Technology from 2014 to 2018 D and has attended DJ Science College and Falconhouse Grammar School.

He is referred to as the 'Giant of Scrabble' in Pakistan and was appointed as a coach of Pakistan Scrabble Team in 2016.