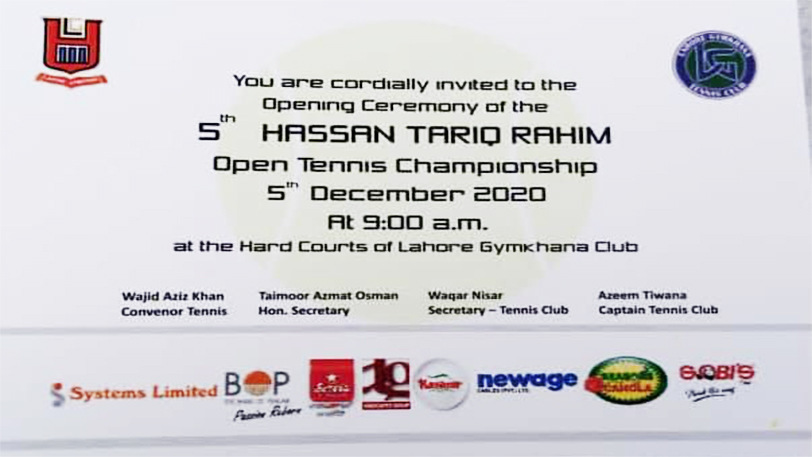 The premier tennis activity is being staged in the memory of Hassan Tariq Rahim, son of former Governor Punjab Khawaja Ahmad Tariq Rahim passed away in June 2013 at the age of 46 years, due to cancer. He was a very passionate club tennis player, who enjoyed and played tennis very regularly and was a very popular figure among the members of tennis club.

For all events, top 8 ranked outstation players will be provided with free accommodation until they are eliminated from the tournament.

Last date for registration is 29th November while the entry fee is set as Rs. 300 per event.