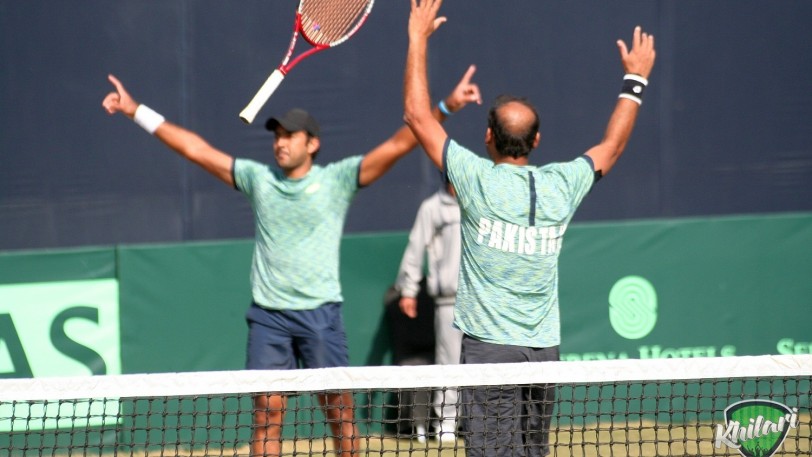 On Day 1 of the tie, Aisam ul Haq and Aqeel Khan win their matches against better ranked Soonwoo Kwon and Seong Chan Hong from S. Korea.

On Day 2, Aisam ul Haq & Aqeel Khan teamed up against Soonwoo KWON & Yong-Kyu LIM for the doubles rubber. The match witnessed an exciting Tie-Breaker in the first set followed by a jubilant end to the second set which sealed the victory for Pakistan in the tie against S. Korea, with a final score of 7-6(10-8), 6-4.

Pakistan will now face Uzbekistan in 2nd Round for a place in the World Group playoffs. Pakistan will host the tie from 06 Apr - 07 Apr 2018.

Pakistan faced South Korea on 2nd and 3rd February for the BNP Paribas Davis Cup in  Asia-Oceania Zone Group-I tie at the grass courts of Pakistan Sports Complex, Islamabad. Pakistan has a 2-5 head-to-head record against South Korea. Hamid ul Haq is nominated as the captain of Pakistani team.

Two singles matches were played on the first day at Pakistan Sports complex on 2nd February, while the doubles rubber and reverse singles is scheduled for 3rd February. South Korea team is captained by Jae Sik Kim and coached by Young Hong Kim.