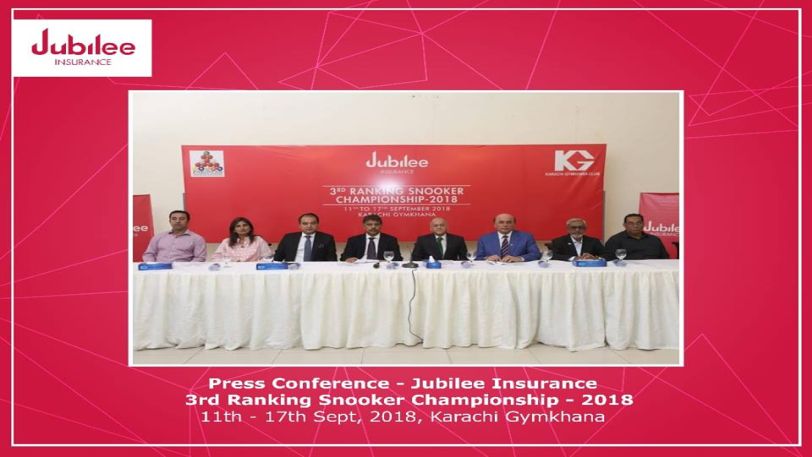 Babar earned a purse of Rs1,00,000 and winning trophy while Toba received Rs40,000 and runner-up trophy from the chief guest managing director of Jubilee Insurance Tahir Ahmed.
Mohammad Majid Ali fetched Rs5,000 for highest break of 118 from Karachi Gymkhana president Akbar Iqbal Puri.
Event Details:
The third edition of the Jubilee Insurance Ranking Snooker Championship 2018 conducted at the Karachi Gymkhana from 11th - 17th September. The week-long spectacle featured top 24 cueists including three juniors who have made their mark alongside the seniors. The juniors include Naseem Akhtar, Mohammad Shahbaz and Haris Tahir.
PBSF president Munawwar Hussain Shaikh said it’s a good omen that Karachi Gymkhana has given their Billiards Hall free of cost besides sparing four tables in addition to the venue for the semi-finals and the final and sponsoring the media press briefing.He thanked KG president Akbar Puri for his gesture to revive relationship with the PBSF.He also expressed his gratitude to the NJI for their continuous support as a major sponsor of the game for well over a decade.
He said a four-member Pakistan team will fly to Doha on Sept 18 to compete in the sixth Asian Confederation of Billiards Sports (ACBS) team and seventh 6-Red snooker championships being held from Sept 19 to 25.The team comprised Mohammad Asif, Babar Masih, Mohammad Majid Ali and Mohammad Bilal.
He disclosed that the ACBS has selected two Pakistan cueists Haris Tahir and Mohammad Bilal for the three-leg Asian Tour — Qatar, India and China — being played in Sept-Oct.If any Pakistani cueist reaches the final of the coming Asian 6-Reds and Team event, he will also qualify for the Asian Tour, he added.
Groups: