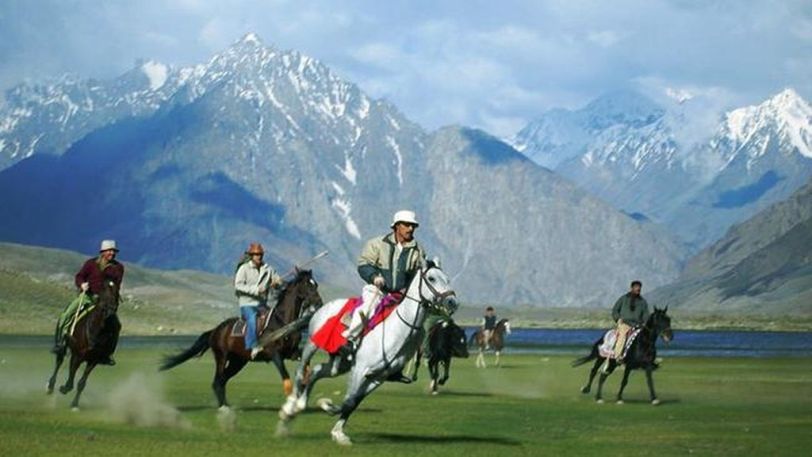 7 July, 2018 - 9 July, 2018
Chitral
Chitral and Gilgit baltistan shadur top near Laspur valley, Chitral line, Khyber Pakhtunkhwa.
Polo
The official of the Tourism Corporation, Khyber Pakhtunkhwa announced that “It will be organized from July 7 to 9, as for a couple of years the annual three-day calendar festival could not be held due to floods and Ramadan last year, however, this year, efforts have been taken to hold the event on its old schedule in July,” he also confirmed.
Shandur top, which is 3700m high, also act as a bridge between the two opponent teams of polo – Chitral and Gilgit Baltistan. Shandur annual year festival brings a great sense of contentment among the people of these districts. The festival is often embellished with cultural orientations of both teams that include their cultural dances, moment of paragliding and an essence of its folk music.
Roots of polo in Shandur are pretty deep which often leads to perplexity. Still there are two main streams towards it. Some states that the balti raja of skardu, Ali Sher Khan Anchan was the one who laid down the foundation of the king game polo in the region of Shandur. On the other hand some states that in 1935 the British occupiers were the ones who brought polo in the region of Shandur. But the matter of its history still remains unsolved.
In 1936 when both of these rival teams came face to face to put forward the steps of their first polo tournament. The game was not been stable in another following year’s due to unpaved roads and infrastructure. Furthermore, the situation used to get worst when they had to face the calamity of floods in summers. Shandur polo ground being far away from their residencies caused them immense efforts towards the annual year festival.
In 1989 when Benazir Bhutto visited shandur polo festival as a chief guest Premier. She declared it as an international event around the world. Moreover she made a covenant to recognize it in an international world too.
Team Gilgit Baltistan had always been stronger than the team Chitral, but in recent years the performance of Gilgit Baltistan is not as such in the previous years. They claim that polo being the most expensive game demands the welfare of their horses, their own major facilities and the injuries they get through comes under the funds that are not being accountably distributed among the members of polo team.
One another reasons behind poor performance of Gilgit Baltistan is that the selection of team members is not properly organized by the selectors as compare to the team of Chitral where there is quite an accountability in selection of their team members and in provision of facilities.
Thus the festival being the core part of the culture in northern areas of Pakistan should be promoted enthusiastically around the world and in all other regions of Pakistan too.