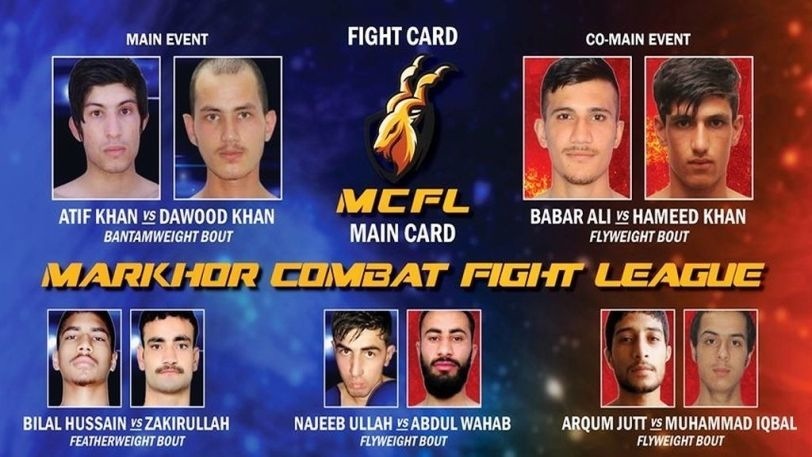 The last MMA event of 2019, MARKHOR COMBAT FIGHT LEAGUE was held at Shahbaz Sharif Sports Complex in Gujranwala where a significant number of talented fighters competed against each other with great skills and tried their best to win in their respective bouts.

A total of 11 fights in total were scheduled for the event where as many as 22 fighters were seen in action.

The main event pro bout witnessed Atif Khan of Team Rogue/Shafi Lahore fighting against Dawood Khan from Team Rehmat Martial Arts Peshawar under the weight class of 62 KG, where Atif Khan won by technical knockout (TKO) in 49 seconds of the first round.

Babar of Team Kak’s Pindi triumphed over Hameed Khan from Team Victory Dojo Taxila under weight category of 57 KG to claim the title of semi pro bout which was the co main event of the league. Babar Ali was declared the winner by ArmBar in 3 minutes 59 second of the first round.

The third 65 KG fight was won by Team FFC Gujrat's Bilal Hussain over Zakir Ullah from Team Pakido Gujar Khan by unanimous decision at the end of third round. 55 KG bout winner was declared Abdul Wahab from Team Shaheen Lahore by rear knacked choke withing 34 seconds of the fight, against Afnan of Team Quetta.