The last MMA event of the year, Markhor Combat Fight League 2019, is scheduled for 28th and 29th December at Shahbaz Sharif Sports Complex in Gujranwala. 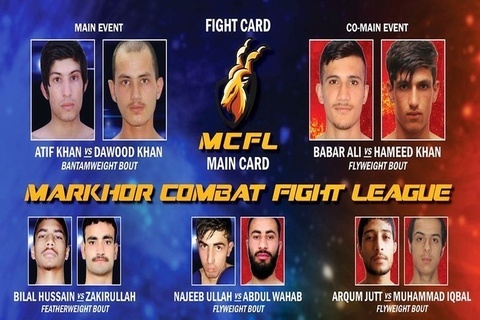 The wait is finally over as the last MMA event of 2019, MARKHOR COMBAT FIGHT LEAGUE , is finally set to take place on 28th and 29th December at Shahbaz Sharif Sports Complex in Gujranwala where a significant number of talented fighters are all set to take on each other with great skill to try and score a win in their respective bouts.

The said event will be managed under Shaheen MMA Management of Mr Muzammil Aziz and is organized by Mr Sami Kakar Kickboxer, Pakistan Kickboxing Federation and PAK MMA.
12 fights in total are scheduled for the event where, as many as 24 fighters will be seen in action.
Atif Khan and Dawood Khan will fight in the main event in a Bantamweight bout while a Flyweight bout is scheduled between the talented Babar Ali and Hameed Khan.

Here is the full fight card of the event 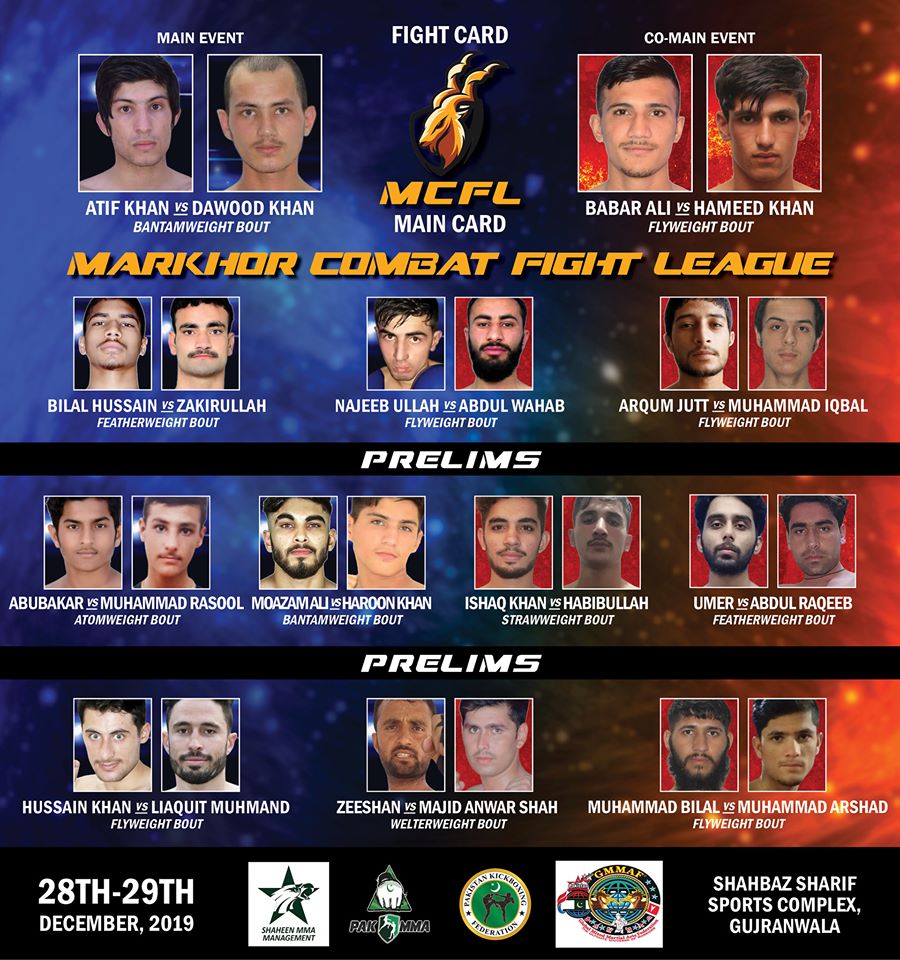 Th fighters will have their weigh-ins on 28th December while the fights will officially begin the next day.