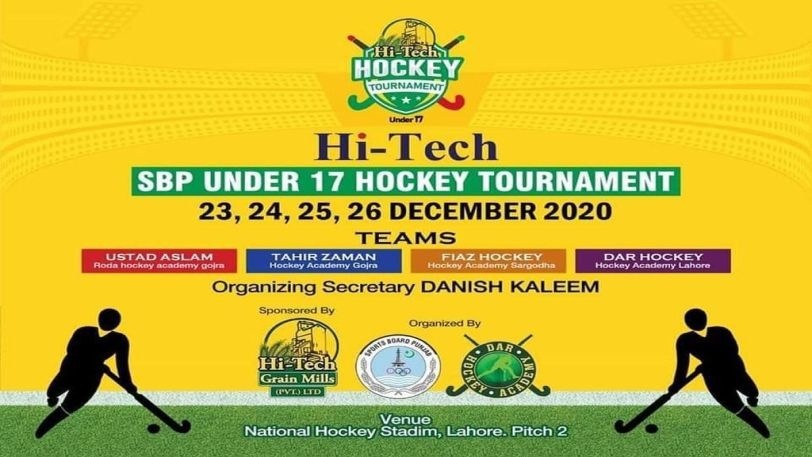 The Sports Board Punjab (SBP) in collaboration with Hi-Tech Grain Mills and Dar Hockey Academy are jointly organizing the SBP Hi-Tech Under-17 Boys Hockey Tournament, which is scheduled to be played from December 23 to 26 at National Hockey Stadium Pitch-2, Lahore.

Director General Sports Punjab Adnan Arshad Olakh has stated that this tournament will provide opportunity to the Hockey Academies players to showcase hockey their talent. The new talent emerging in the tournament will be further trained. These players will be trained for National-level competitions so that the National Hockey team will be strong.

The participating teams are namely stated below: