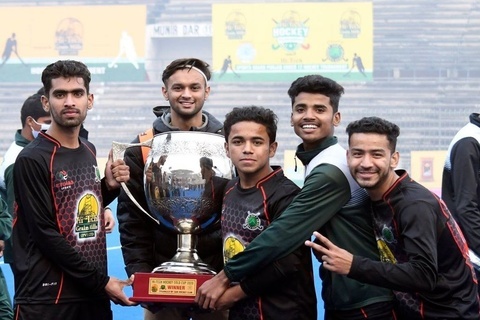 Director General Sports Punjab has congratulated the Dar Hockey Academy Lahore for winning the title. He also appreciated the performance of other participating teams.

“We are making collective efforts with the collaboration of Pakistan Hockey Federation (PHF) for the revival of hockey. Sports Board Punjab (SBP) will organize more hockey events to trace fresh hockey talent,” he said.

The victorious Dar Hockey Academy team was awarded the winning trophy and cash prize of Rs 2 lakhs at the prize distribution ceremony.

Following is the detail of other prize-winners: