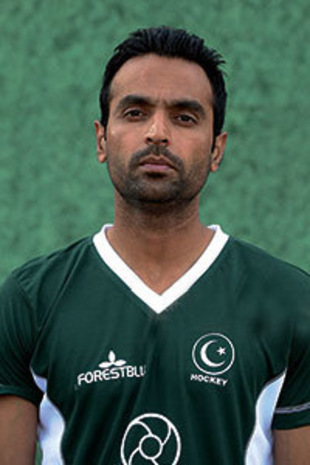 • Sohail's tally of 16 goals in the 1999 Asia cup is a record for a single edition of that competition (which he shares with compatriot Hasan Sardar).
• He is Pakistan's all-time top scorer in Olympics with 19 goals from two Olympics.
• For a single edition of Olympic games also, Sohail's tally of 11 goals in the 2004 Olympics is a Pakistan record.
• For World Cup also, Sohail is Pakistan's overall top scorer with a total of 16 goals from three appearances.
• He is Pakistan's top scorer in the elite champions trophy as well with 40 goals. In fact, it was also the highest overall tally for this tournament till this year's Champions trophy. It was broken by another great drag flicker of this age, Holland's Taeke Taekema.
• In a single edition of the champions trophy also Sohail holds Pakistan's record with eight goals (2001 champions).
• Overall top scorer of the 2004 Olympics with 11 goals.
• Joint overall top scorer of the 2002 World Cup with 10 goals.
Edit this Profile

He has been known as the King of the Drag Flick. Sohail Abbas also holds the world record for the highest number of hockey goals in a calendar year – he scored 60 goals in 1999.

Sohail Abbas retired from Hockey in 2012 after 14 years of playing hockey.

Born at Karachi's Holy Family Hospital, Soldier Bazaar on 9 June 1977, Sohail is a former pupil of Karachi's Habib Public School, the school of many other hockey stars. In fact, it has been rightly remarked that hockey is taught as a subject in this school.

He came from a sporting family; his father, Syed Iftikhar Hussain, was a former first-class cricketer. He represented Karachi as well as Pak Crescent Club, famous for producing Zaheer Abbas. Sohail is eldest of three brothers. Raheel Abbas, his younger one, is an IT professional and a Professional / First Class Cricketer.