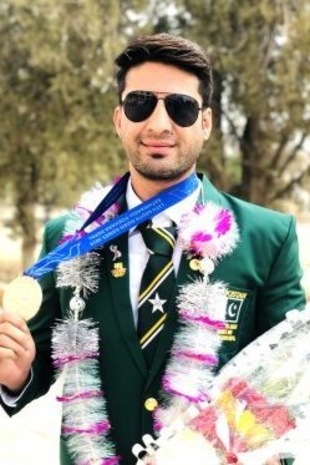 He then won his second gold at West Asia Wushu Championship 2015.

Achakzai is also a gold medalist of International Wushu Championship 2017.

Khaliq Achakzai clinched three gold medals in the year 2018 with his exception skills in the following events:

While the only bronze medal victory is at the South Asian Games 2019.


Abdul Khaliq Achakzai is an Wushu athlete that hails from Baluchistan and is currently playing for Pakistan WAPDA.

He start practicing Wushu in the year 2007 and so far, has collected a total of 10 golds and a bronze to his medal tally at international events while he has been six times National champion.