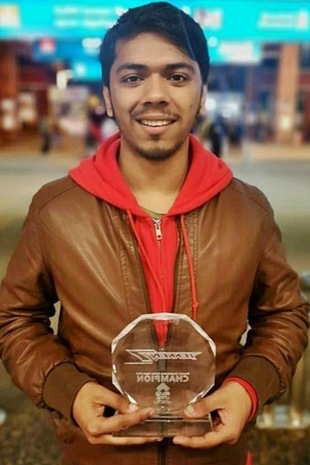 
Arslan "the untouchable" Ash Siddiqui hailing from Lahore, is a professional e-gammer from Pakistan who was originally known for his play in The King of Fighters series, being recognized as the best KOF XIII & KOF XIV player from Pakistan.

Arslan won his first major tournament (KOF GCC OMAN) in Oman which started his professional eSports career and turned his dream of being a gamer by profession into a reality. Arslan continued to dominate winning several tournaments, local and international, including 'OUG Dubai' which landed him a prize win of $1500 which is nothing short of impressive. Coming back home, he has also won a 25,000 PKR tournament organized by Pakistan's biggest Tekken community, Pakistan Tekken Champ.

In addition, Arslan Ash won the KOFGCC Tournament in Oman, Kuwait, for both KOF XIV and Tekken 7.

Traditionally Tekken has been dominated mostly by Korean and Japanese players with only a handful of American and European players rising up to challenge them but that only happens because players from those regions could easily travel to compete among the games best. Pakistan's Tekken players didn't have that luxury.
Although Arsalan has been playing Tekken competitively since Tekken 6, he only burst onto the international Tekken scene after defeating Tekken legend Knee at the OUG Tournament 2018, without losing a single game.
Arslan Ash then followed this with a very unexpected win at EVO Japan 2019, defeating established players like Knee once again, Chanel, Book, LowHigh (Evo 2018 Champ), Jimmyjtran and finally AK with a bracket reset to win the entire tournament. Arslan successfully retained his title at EVO 2019, sweeping through the winners bracket using Geese, and finally beating Knee once again with Kazumi in the Grand Finals, further cementing his position at the top of the Tekken scene.
What's next?
Arslan has no intention of stopping, as he has moreover won the hyped 'PLG Grand Slam' earning that juicy $3000 and for at least half a decade more Arslan hopes to continue his journey to which Pakistan Cyber Gaming (PCG) will be supporting him along the road.