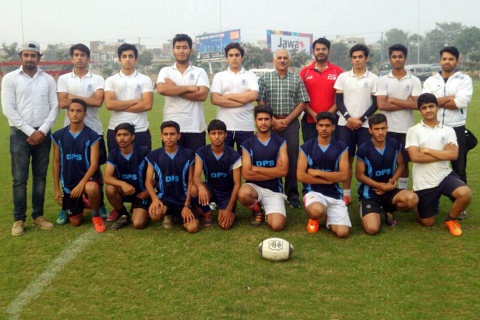 DPS model school defeated Aitchison College by 5-0 in the final match. 8 teams participated in the tournament in one day rugby tournament.


After the league matches DPS model town and Aitchison College under-16 teams with maximum points qualifies for the final. Both teams played good game but in 2nd half DPS boys put continuous pressure on Aitcheson post and won the match by 5-0


Final Standing of the event