An online meeting of high officials of Pakistan Dodge ball federation was held today on zoom under the chairmanship of Tom Hickson, President, World Dodge ball Association from UK. 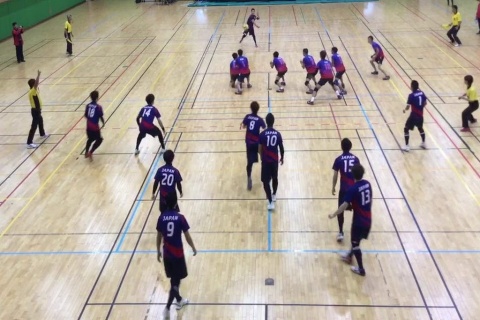 An online meeting of officials of Pakistan Dodgeball federation was held today on zoom under the chairmanship of Tom Hickson, President, World Dodgeball Association from UK.

Zia ur Rehman informed that Pakistan is willing to host the next Asian Dodgeball tournament. Imtiaz Ahmad thanked Tom Hickson for sparing his precious time. World president Tom Hickson appreciated the performance of the Pakistan Dodgeball federation and congratulated them for participating in the last Asian championship in Hong Kong and qualifying in the World Cup.

He assured his full cooperation for the development of Dodgeball game around the globe up to school, college, university levels. He also emphasized the importance of qualified International referees and coaches. Tom Hickson also suggested to Pakistani organizations to make a plan for the next six years. Meeting ended with a vote of thanks to and from the chairman.