Pakistan scrabble squad lost to Thailand in the final of virtual WESPA Youth Cup 2021, which concluded successfully at the Pharmevo guest house in Karachi. 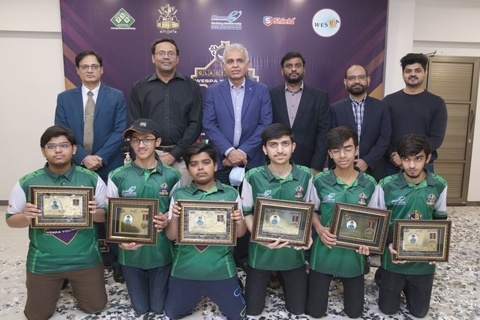 Pakistan has successfully hosted the first international virtual WESPA Youth Cup 2021 under the supervision of World English-language Scrabble Players Association (WESPA) and in collaboration with Quetta Gladiators and Pharmevo.

Pakistan scrabble squad lost to Thailand in the final of first ever virtual WESPA Youth Cup. Thai squad was not only the best team, but were also very courteous, polite and adhered to the rules; a lovely bunch of kids!

They won 21 games against Pakistan’s 15.

Thai player Napat Vajaranurthorn was declared ‘the player of the tournament’ for his magnificent performance throughout the event.

Pakistan finished 2nd while Sri Lanka, who lost to Pakistan in the semifinals, finished third.

Cash prizes will be given as follows:

96 players from 16 countries of five continents competed in the world scrabble championship.