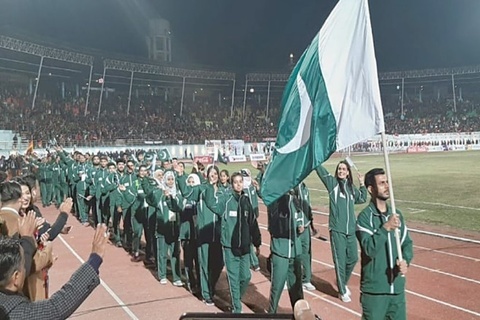 The future of Pakistan as host of the 14th edition of South Asian Games 2023 looks quite bright after Prime Minister Imran Khan recently gave a go-ahead signal to the Pakistan Olympic Association (POA) and the Federal Sports Ministry to host the Games.

The Games will now take place in March 2023.

Pakistan would be hosting for the third time after the 1989 and 2004 Games.

Arif further said that the venues have almost been finalised and in the next meeting with the federal sports minister on Monday in Islamabad, several other key decisions would be taken with respect to holding the SAF Games.