Faisalabad Club is looking ahead to the Red Bull Half Court National Finals. 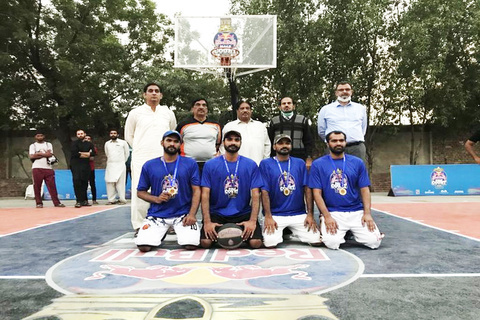 
16 teams from across Faisalabad, Gojra and Rabwa had a fantastic experience in a day long qualifier.


At Crescent Sports Complex, the final of the thrilling qualifiers was played between New Model Club and Faisalabad Club. It was an action packed show as there was a good basketball, and it was close basketball where both players had big games but Faisalabad Club won the final at 19-15.


Now, the country’s capital, Islamabad will host the qualifiers on 22 & 25 Oct at Pakistan Sports Complex.