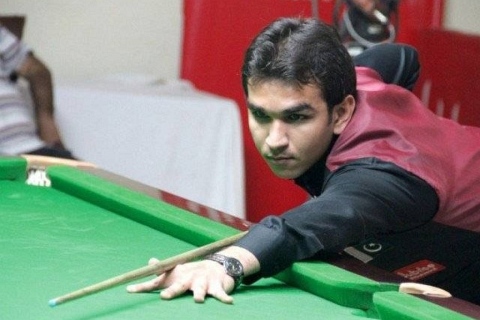 Hamza Akbar, Pakistan’s first professional snooker player, held a meeting with Inter-Provincial Coordination Sports Minister Riaz Hussain Pirzada to follow up on his overdue Asian Championship-winning prize money, which is pending since last year.
Pakistan Billiards and Snooker Association (PBSA) President Alamgir Sheikh and Akbar met Pirzada in Islamabad.
Sheikh briefed the minister on the longstanding issue of the release of Akbar’s cash reward, which, as per the national sports policy, is due since June 2015 when the youngster won the Asian title.
Iqbal a good replacement for Sajjad, says Asif
Furthermore, the PBSA chief also highlighted Akbar’s performance in the professional circuit last year as he broke into the top 100 and finished the season at 96th.
Pirzada praised the Asian champion’s exploits and once again issued immediate instructions for the release of the cash prize, which is estimated to be around Rs2.5 million.
He also congratulated Sheikh on his unopposed election as the senior vice-president of the Asian Confederation of Billiard Sports for another term.
Pakistan’s first professional cueist returns with history, record-high ranking and a debt of £2,500
The PBSA Chief has invited Pirzada to grace the prize distribution ceremony of the forthcoming Jubilee Insurance 2nd Ranking Snooker Championship 2016 as the guest of honour, which the latter accepted.
“Akbar needs to leave just after May for his second season in the professional circuit, so the cash prize is important for him to bear his living expenses,”. “He would need around Rs1.5-2 million for the next 12 months, so the amount will help him appear in maximum tournaments.”