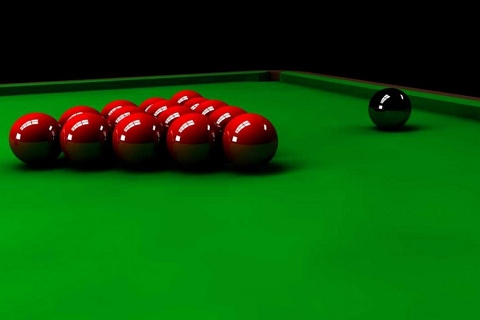 
While Sohail Shehzad lost 1-4 against Saudi Arabia’s Ahmed Abdullah Asiri, as the knock out round started on late Wednesday night. Talking exclusively to The Nation, team manager Naveed Kapadia said: “It was a bit surprising defeat of Sohail at the hands of Ahmed, but now comes the main round, which is knock out and our players can’t afford any let ups now. I am sure they are fully aware of the ground reality and will rectify their errors before the knock out round, as now there is no second chance and only the winner will progress while the loser has to pack his luggage.”
In the first match of the day, M Bilal was in awesome form and played superb snooker against his opponent Meylis Atayev. Bilal didn’t take pressure rather maintained his dominance throughout the match. He started the first frame on a whirlwind fashion, taking it 74-16. He was too good in the second frame as well which he won 72-8 with 52 break. Bilal was in cruise control in the third frame and won it 65-23. Bilal was just toying with Meylis Atayev in the fourth frame, as he was playing master class shots and putting the balls as per his liking and finished off Meylis Atayev to take the frame 75-8 to enter knock out round.


In the second and last match of the day, Sohail Shehzad was up against KSA’s Ahmed Abdullah Asiri, who was not in a mood to let Sohail play his natural game and never allowed him settle down in the match. Ahmed won the first frame 65-36, although Sohail did pose some threat for Ahmed, who remained composed and took the frame, second frame was also close one but once again when it matters most Ahmed potted the balls and took the frame 51-31.

After losing two frames, Sohail was fully aware that he had to win the third frame to stand any chance of staging comeback in the match, so he played with lot of authority and won the third frame 65-44. But after that Ahmed played so well and outclassed Sohail in the fourth frame 31-64 and fifth frame 25-69 to win the match.