Pakistan’s M Asif continued his brilliant run in the ACBS 32nd Asian Snooker Championship 2016, as he won back-to-back matches on the second day of the mega event played in Doha, Qatar on Monday. 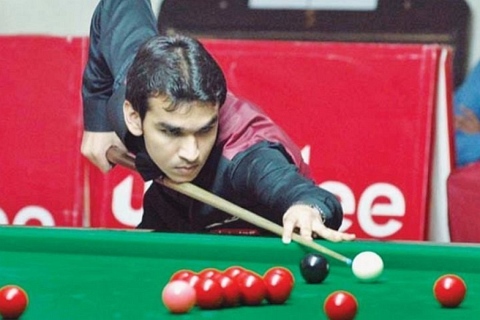 Serena Hotels Total Football 2016      Total Football Ground, Chak Shahzad
Pakistan’s M Asif continued his brilliant run in the ACBS 32nd Asian Snooker Championship 2016, as he won back-to-back matches on the second day of the mega event played in Doha, Qatar on Monday.
Team manager Naveed Kapadia told this scribe that M Sajjad, Sohail Shehzad and M Bilal also won their respective matches to keep Pakistan title defence hopes alive.
Asif played first match of the day against Qatari Abdul Lateef Al Fawal, winning the encounter 4-1. Asif started the first frame in classic fashion playing 89 break and winning it 97-29. After playing so well and almost dumped Fawal, Asif got relaxed, which allowed his opponent score 29 points. The second frame was played in high tempo, as both the players showed their skills and it was very close battle before Asif winning the frame 79-40. The best frame of the entire match was the third one, where both the players displayed superb squash skills. Asif must considered himself lucky to win the frame by just one point gap, as he was behind in the frame and needed to pocket black ball, which he managed and took the frame 64-63.
Asif was exhausted after such tough and tense third frame, which allowed Fawal to gather momentum and play freely as he won the fourth frame 79-25. It was all he could get from the match, as Asif bounced back in style to take the fifth frame 73-43 to win the match.
In the second match of the day, M Sajjad beat Sri Lankan M Shamil Ameen 4-1. Sajjad won the first frame 62-30, but had to face stiff resistance in the second frame before winning it 64-41 and also won the third frame 63-54. Despite Sajjad played 56 break, the frame was very close and Sajjad lost fourth frame 35-56, but he once again staged a strong comeback to take the fifth frame 72-22.
In the third match of the day, Sohail Shehzad just brushed aside Iraqi Adel Ibrahim 4-0. Sohail was playing one of the best snooker in recent times and was completely dominating the hapless Iraqi player. Sohail won the first frame 87-7, second 85-1, third 94-14 and fourth 55-7 to register an easy victory.
In the fourth match of the day, M Asif was up against Syrian Karam Fatima. It was a very close scare for Asif, who was almost down and out in the match and sheer good luck helped him to overcome a highly spirited Karam 4-3, as Asif was 3-2 down in the match. The first frame was very close affair which Asif later won 69-62. He lost the second frame 36-55, but won the third 40-8, before losing the fourth 55-67 and fifth 34-72. It was very tricky situation, as Asif needed to win next two frames to ensure victory. He showed why he was former world champion and rated amongst the best in the business, as he won the sixth frame 75-14 and seventh frame 62-45 to avoid upset defeat.
In the fifth and last match of the day, M Bilal had to dig very deep to beat UAE’s M Shehab 4-3. Bilal won the first frame 66-53 but lost the second frame 33-99. Shehab played 50 break to win the third frame 64-37, but lost the fourth 0-69. He once again bounced back and played 60 break to win the fifth frame 78-34, but once again lost the sixth frame 9-65. At last, Shehab gathered momentum and played 59 break to tine seventh and decisive frame 62-27 to win the match.