Gold medalist of 2015 Asian Games, Hamza Akbar was forced to pull out of the Betfred World Championship qualifying rounds due to visa issues. 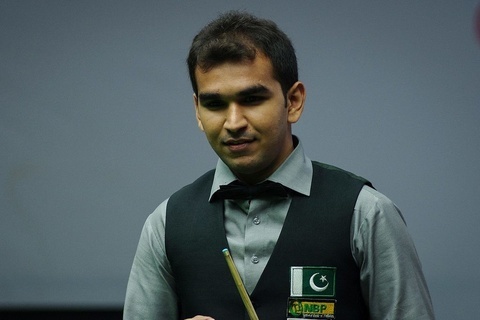 The Betfred World Snooker Championship Qualifiers 2020 has started from July 21 at the English Institute of Sport in Sheffield.


Gold medalist of 2015 Asian Games, Hamza Akbar was forced to pull out of the Betfred World Championship qualifying rounds due to visa issues.

He was due to play Amine Amiri in the first round on Wednesday(today) and had intended to travel to the UK, but despite all efforts has been unable to obtain a visa.

Youngest ever National Champion in 2013, Hamza was on a major mission to reach Sheffield in time for his first-round match. His opening game was scheduled for Wednesday, July 22, 2020. He has a pleasing draw for the first round, playing against professional snooker player Amine Amiri from Morocco. Further rounds will be more of an uphill task, but not impossible:

Both WST and the WPBSA had been working with contacts at the Visa Office to exhaust every avenue but unfortunately, these efforts were unsuccessful.

The qualifiers lasting eight days until July 28. With a history dating back to 1927, the Betfred World Championship features the world’s top 16 players plus 16 qualifiers, battling for the famous trophy.

The draw for the World Snooker Championship Qualifiers was unveiled earlier on July 10, 2020. The draw features 94 players that rank below the top 16 and 34 Amateur players.