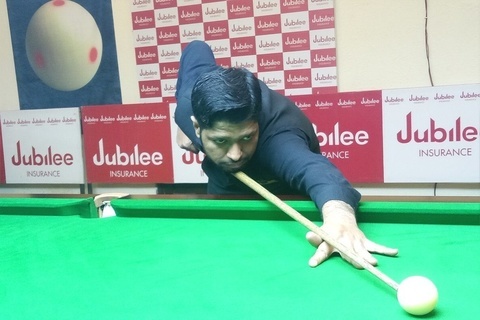 The title clash of the 45th National Snooker Championship will be played today at Karachi Gymkhana between two former national champions Mohammad Asif and Shahid Aftab who incidentally belonged to same city of Faisalabad and have played together.

With numerous titles including three national’s in 2009, 2012 and 2018 under his belt, this will be Asif’s third straight final of domestic circuit and first of 2020. He has maintained his fine form after winning the NBP Cup and third ranking events last year besides reaching the zenith again at Antalya.

“Asjad fought courageously and gave a tough time by going 2-0 and 4-2 up before I drew level and went on to win the match,” Asif said.

Asjad piled up a century break of 115 in the second frame besides 72 in the sixth while Asif hammered breaks of 65, 62 and 73 in the first, ninth and 10th frames.

Trailing at 15th ranking Shahid had a brisk start and enjoyed an edge over his opponent from the word go until finish.

Shahid conjured up a polished break of 80 in the second while Ahsan replied it with 59 in the seventh.