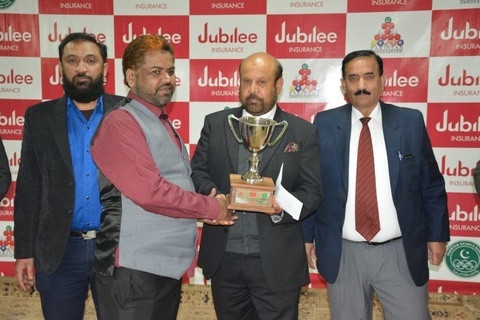 Seventh seed Asif Toba seemed composed from the start, while Shadab was fluffing his lines in an effort to make easy pots. Punjab’s Asif played simple shots to take a slender 2-0 frames lead and started to race ahead.

Second seed Shadab, who had made it to the final after defeating top seed Shahid Shafiq,  responded with some sublime reverse-spin shots that helped him restore parity but former national champion Toba brilliantly won the third frame with just 2 points margin at 59-57.

Sindh’s contender Shahdab had an opportunity in the fifth frame to get on the scoreboard as he won it by 67-22 but Toba was ruthless and duly completed the unbelievable rout to win the match by 5-1.

A total of 18 players participated in the event, which was a part of the month-long run of national ranking championships for players of different age groups.