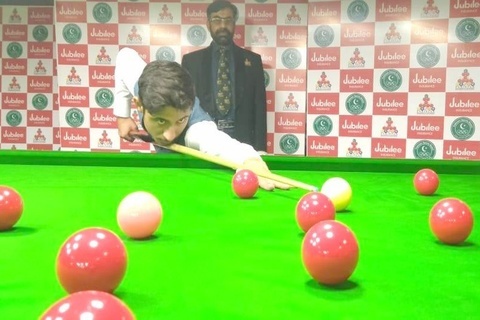 Today, the best of 11 frames final will be played at 10:00 AM between Punjab's players Haris Tahir and Umer Farooq.