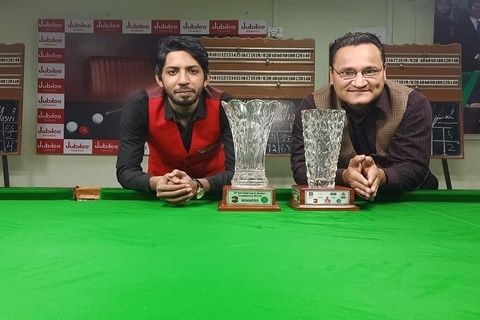 In the masters event (40 plus) final, Arshad Qureshi beat Zafar Iqbal 4-2 while the U-21 trophy was lifted by Imran Khan who defeated Abdullah (4-2) and the U-18 final was won by Chaudhry Kamran who got the better of Zohaib Mustafa (4-2).

Both the players exhibited brilliant performance to receive appreciation from the audience.

Babar Masih could easily pocket final ball (black), but he deliberately missed the chance in favour of IBSF champion in a great gesture of respect.

Pakistani coaches played a major role in uplifting Japan’s hockey team in past while now, Pakistanis settled in Japan have become a source of promotion of cricket there.

This was stated by Ambassador of Japan to Pakistan Matsuda Kuninori at the closing ceremony.