Pakistan Army leads the 33rd National Games 2019 heading into the penultimate day with 133 Gold Medals followed by WAPDA in the second spot and Navy in the third place. 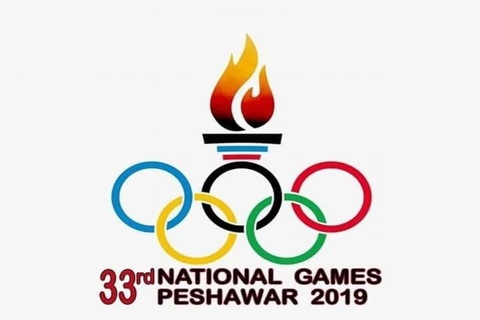 Khyber Pakhtunkhwa is leading among the provinces with one gold medal, three silver medals and 15 bronze medals. Khyber Pakhtunkhwa's Murad has won their only Gold medal so far.
Pakistan Railways overall got the fourth position with three gold medals in weightlifting when Sonia Ghafoor secured the Gold medal in 59kg, Sonia Azmat in 64kg, Tonkal Sohail in 76kg weight category.
Athletics:
In the overall points standing in athletics Army secured 717 points with 16 gold medals, 18 silver and as many bronze medals, followed by WAPDA with 703 points with 20 gold medals, 17 silver and 11 bronze medals, HEC secured 85 points with one gold, one silver and one bronze medal respectively.
Pakistan Air Force recorded 65 points, with one gold medal, one silver and two bronze medals. Khyber Pakhtunkhwa obtained 43 points with four bronze medals.
Promising Maria Maratab claimed another gold medal when she created a new national record of securing 4278 points of beating the old record of 3831 points. Maria Maratab of Army, added another Gold medal to her three Gold medals and a bronze to become the second athlete to win more than a single medal in the event.
She won her first Gold medal in the triple jump by covering the distance of 12.25m, which was a new record in the National Games.
She secured the second gold medal in the long jump by covering a distance of 5.8m. She failed to get a gold medal in the high jump but grabbed a silver medal in the event. She also won another gold medal in the 200m heptathlon.
Nabia Kausar of Army won a silver medal with 3431 points, followed by Milhan Imran of WAPDA with 3333 points.
Discus Throw:
In the Discus Throw for Women Atiya Asghar won a gold medal with her distance 37.13m, followed by Rimsha Khan of WAPDA with 33.44m and Mehwish Karim remained at third with her throw of 33.1m.
Hammer Throw:
In the Hammer throw, Nazia Butt won the gold medal for WAPDA with a distance of 40.70m, followed by Saira of Army and Asma, in the 4X100 relay women WAPDA got the first position, followed by Army and HEC.
In the Men's hammer throw, Arshad Nadeem of WAPDA created a new record with his 81.65m throw breaking his own record of 81.52m, followed by Yasir Sultan of KP with 75.35m and Imad of Army secured the third position with 69.60m. In the Men 4X100m relay Army took the first position, followed by WAPDA and Khyber Pakhtunkhwa.
Rugby:
Pakistan WAPDA Women's team won first gold medal of Rugby by defeating Pakistan Army by 20-0 in the final played at Kunj Football Ground. It was the first instance of Rugby being included in National Games. Pakistan Railway managed to secure the Bronze.
Momna Basit MPA, Chair person of Social Welfare committee of KPK Assembly was the chief guest and distributed medals among the prize winners.

Judo:
In the judo event played at Baluch Regiment Centre Sports Complex, Pak Army with the 81 points stood first with 5 Golds, and 1 Bronze. Pakistan WAPDA got 2nd position with 46 points by securing 1 Gold 2 Silver and 2 Bronze and Pakistan Navy secured 30 points with 1 Silver and 2 Bronze.
Pakistan Army won gold in 50 KG and in Open Category of men category and got three gold in women event of 40 KG, 44 KG and Open category. WAPDA got gold in 55 KG.
Tug of War:
Wapda and Railways make it to the finals of the National Games Tug of War event being played here at Qayyum Sports Complex on Thursday.

The semi-finals of the Tug of War Wapda defeated Pakistan Army 2-0 in the first semi-final. However, the Army entered the protest after a match against poor refereeing, which could not be decided. The technical officials of the match were Azmat Pasha and Mohammad Nadeem.
The other semi-final Railways made it to the final by beating Punjab 2-0. In the second and third position, Sindh defeated Balochistan by 2-0 and Pakistan Army defeated Punjab 2-0 in the third position by taking the bronze medal. The final will be played between Wapda and Railway before the closing ceremony.
Taekwondo:
Pakistan Army is leading the Taekwondo Event by getting 15 Gold, 6 Silver and 4  Bronze Medals.
Pakistan WAPDA stands at 2nd position after managing 9 Gold, 8 Silver and 4 Bronze Medals, whereas Pakistan Air Force remains at 3rd position by getting 1 Gold, 4 Silver & 12 Bronze Medals.