The AFP could only send Asian Games bronze medalist javelin thrower Arshad Nadeem to the 17th IAAF World Athletics Championships is scheduled to be held in Doha from Sept 27 to Oct 7. 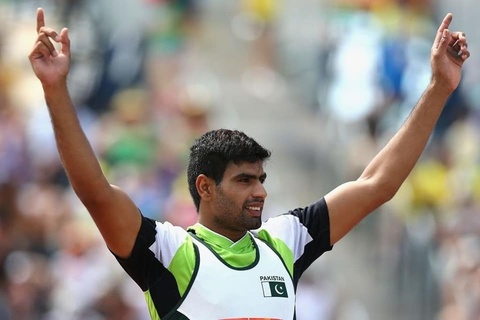 “With the available resources, the AFP could only send Asian Games bronze medalist javelin thrower Arshad Nadeem to the global championship,” Sahi announced.

Arshad won bronze medal in javelin throw with an 80.75 meters mark at the 2018 Asian Games staged in Jakarta. Pakistan last won a medal at an Asian Games athletics event in 1994 when Aaqarab Abbas claimed bronze in hammer throw.
Since then, the country has been unable to produce any medal-winning athlete.

“Arshad holds good chances of excelling in the world championships, therefore we could only send our best to the mega event,” the AFP chief added.

“We wanted to field more athletes at the world event but we have not yet received any grant from the Pakistan Sports Board. Therefore, the federation could only bear the expenses of one athlete.”

Sahi said Arshad would leave for Qatar on Sept 24 and his event at the Doha championships would be held on Oct 4 or 5.

“We would be sending Arshad in the championships a week before so that he can prepare for his competition,” he said.

To a question, Sahi said the AFP would hire the services of a Chinese coach to prepare athletes for the South Asian Games scheduled to be held in Nepal from Dec 1 to 10.

“We have been in talks with our Chinese counterpart and as soon as we find the best coach available, we would finalise him for the team,” the AFP president said.