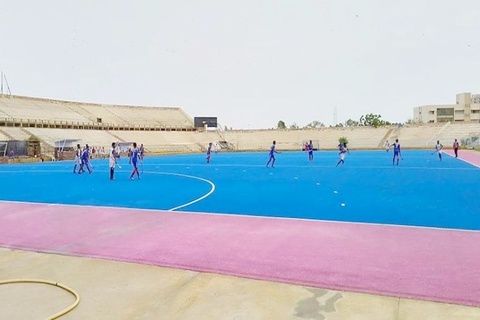 Safeer's four goals brace as Army’s drubbed Police and was also involved in four other goals. Army started the first half on a very powerful note and put Police defence under sword, but some poor finishing denied Army of scoring more goals and they could score in the first 15 minutes.

Same was the case in the second quarter, as Army fired in four more goals while the third quarter saw the winning side netting five goals and in the fourth and last quarter, Army managed to put two more goals. Besides Safeer’s four goals, Awais Zahid, M Umar and M Rizwan contributed with two goals each while M Afzal, M Zeeshan and Amjed Lai hit one goal apiece.
In the second match of the day, Railways and Navy played out 1-1 draw. Umair Sattar gave Railways the lead which was equalized by Asad Azhar. The match was played on fast pace, but despite their best efforts, both the teams failed to add on further goals and had to settle for one point each.
In the third match, PAF thrashed Sindh 4-0. Mohib Ullah, Mudassar, Shahbaz and Mohsin scored one goal each for the airmen while fourth match between WAPDA and Mari Petroleum Cooperation Limited (MPCL) was washed out due to rain and according to PHF rules, both teams were awarded one point each.