Rugby star Hamza Hayauddin isn’t ashamed to admit his first love was football. He played it all through his teens and until 2009 when he found his true calling in rugby. 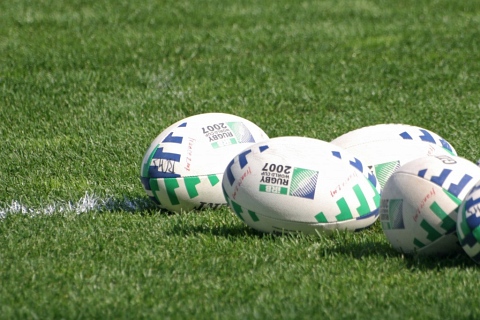 Rugby star Hamza Hayauddin isn’t ashamed to admit his first love was football. He played it all through his teens and until 2009 when he found his true calling in rugby.

Seven years later, he is the vice-captain of the national rugby team competing at the Sevens Asian Development series in Al-Ain from Friday.

Discussing what led him to ditch football for rugby, Hayauddin said, “Football is more tactical, but in rugby, you literally put yourself out there to protect your teammate. It is more challenging, far more exhilarating and a true team sport.”

With teamwork being of the utmost importance in rugby, Hayauddin knows that his team — full of young blood and first timers — have a difficult challenge waiting for them in Al-Ain.

But instead of counting their youth as a disadvantage, he believes it will work in their favour. “With the average squad age being 24, this is the youngest team Pakistan have ever fielded in an international event,” Hayauddin told The Express Tribune. “It has changed the overall culture of the team as the players are more supportive of each other.”

He further explained, “Before, if a player dropped a ball or missed a tackle, he would get berated by the seniors, but now we cover for each other’s technical shortcomings and this is what rugby is all about.”

When asked about the task at hand, Hayauddin admitted that the challenge that awaits them in Al-Ain is great, but is one he and his teammates can overcome. “We punch below our weight usually,” he said. “But there are no egos in the team and we are ready to take the hits.”