As many as 20 teams are participating in 1st FFC Sona Urea 7s Rugby Championship 2018 which is all set to begin from tomorrow and will continue till 22nd November at Sadiqabad, Rahim Yar Khan. 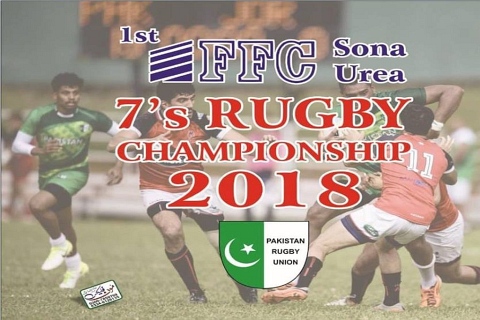 Pakistan Rugby Union in collaboration with Fauji Fertilizer Company (FFC) is organizing the Sona Urea 7s Rugby Championship for the very first time which will commence from tomorrow and will continue till 22nd November.
A total of 20 teams from various cities from all around Pakistan will be seen fighting each other in the upcoming matches which will be contested in three (3) different categories of Adult Sevens, Under-18 years of age Girls and also Under- 16 years of age Boys Sevens, so as to earn top honors in the championship. Most of the participating teams belong to Southern Punjab area.
Following are the teams taking part:
Adult Sevens:
U-18 Girls:
U-16 Boys Sevens:
This is a tremendous breakthrough for Rugby sports in Pakistan with one of the country's biggest brands backing it up in this championship.