The Pakistan Hockey Federation has announced the Pakistan men's national team who will compete at the upcoming Odisha Hockey Men’s World Cup Bhubaneswar 2018. 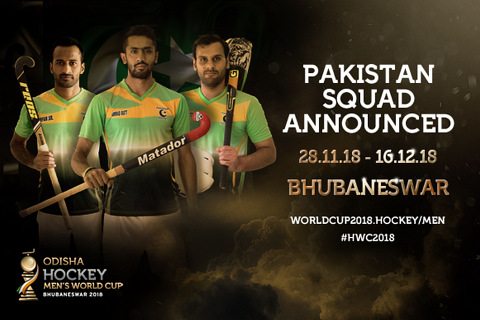 Odisha Hockey Men’s World Cup Bhubaneswar 2018      Bhubaneswar,India
The Men’s Hockey World Cup 2018 will be held in Bhubaneswar,India from November 28 to December 16 with sixteen top sides taking part in the 19-day tournament.The teams are divided into four pools - Pakistan, who is ranked No. 13 in the FIH Rankings, are placed in Pool D alongside Netherlands,Germany and Malaysia.
Pakistan has lifted the World Cup trophy on a record four occasions as well as twice claiming the silver medal. The Green Shirts were victorious at the 1971, 1978, 1982 and 1994 events, with their four titles being one more than three-time winners Netherlands and Australia. 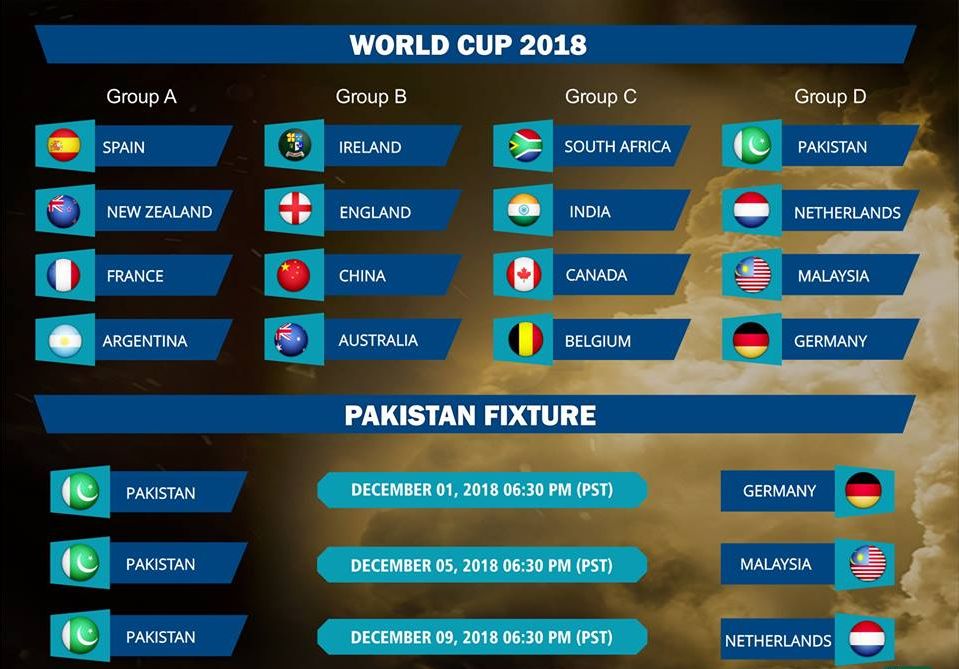