Ifan gives Pakistan the decisive goal as Pakistan are victorious over Malaysia in the Hero Asian Champions Trophy 2018 at the Sultan Qaboos Sports Complex in Muscat, Oman. 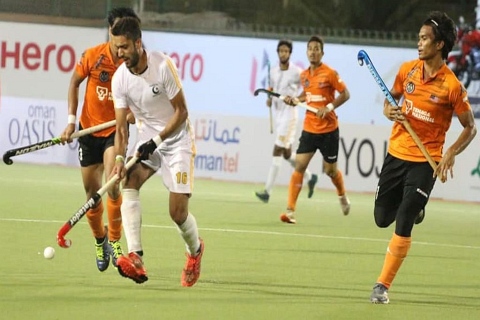 Muhammad Irfan Jr’s goal clinched former champions Pakistan move to the second spot in a 1-0 victory over Malaysia in the Hero Asian Champions Trophy 2018  at the Sultan Qaboos Sports Complex in Muscat, Oman.

After several missed opportunities, Irfan Jr settled the fate of the contest when he collected Ajaz Ahmad’s cross from the left in the goalmouth and duly flicked the ball into the open citadel as the Malaysian goalkeeper was beaten by the cross.

The victory secured Pakistan the second position the league standings. India topped the standings with 13 points, followed by Pakistan and Malaysia, both of whom finished on 10 points, but Pakistan had a superior goal difference than Malaysia.

Pakistan and Asian Games silver medalists Malaysia will meet again in the semi-finals on Saturday AT 7:55pm (PST) while defending champions India will take on Asian Games gold medalists Japan.

In a match that features several miss chances, Malaysia had the first good shy at the goal in the ninth minute when Marhan Jalil collected a ball kicked by Pakistan goalkeeper Imran Butt on top of the circle. Jalik sent a firm shot, but Butt recovered his composure to effect a five-save.

Pakistan suffered a setback when their captain, Muhammad Rizwan Jr limped off the pitch with a hamstring injury and did not return to the play any more role in the game.

Pakistan’s lone penalty corner came in the 46th minute, but Aleem Bilal could not capitalize on it as the goalkeeper padded the ball away.

With just seven minutes left, Irfan Jr trapped the cross from Ahmad that produced the match-winner.

Ahmad came into the frame with a fine fun on the right but failed to score as his shot from the top of the circle went straight to the goalkeeper’s pads. Pakistan’s manager, Hasan Sardar said the three points should raise the morale of the team. “We could have scored more goals, but a victory is a victory,” said Sardar.

“It was important for the boys to taste victory against the opponent whom we will face again in the semi-finals two days later,” he said.

Amaad Butt declared as Man of the Match, President PHF Khalid Sajjad Khokhar awarded the cash prize of US $150 to Amaad Butt.

Roelant Oltmans, coach of the Malaysian team, said the team that capitalized on the chances won the match. “We too had our chances, but the chance taken by a team proved decisive,” said Oltmans, adding that he was expecting better marksmanship from his strikers on Saturday. 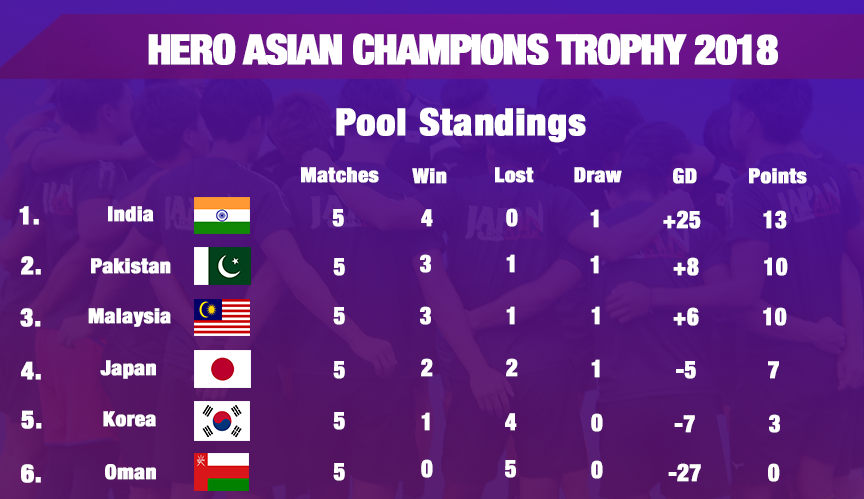