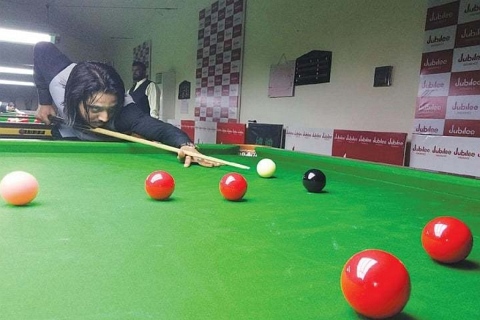 Five walkovers have been awarded so far in four days of the event while upsets were also seen in the ongoing Insurance 43rd National Snooker Championship at Karachi Gymkhana.


Sindh’s Ian Mark John got the walkover first against Shaikh M Mudassir from Punjab on the second day and he got another walkover against Balochostan’s Jahangir Yar Mohammad on day four in group A.


On Wednesday Turyali Aziz from Balochistan was also handed a walkover against his province mate Mahmood Khan. Punjab’s Abdul Jawaid and Shaikh M. Mudassir were also rewarded with walkover against Mahood Khan and Jahangir Yar Mohammad respectively on Thursday.


Another debutant from Punjab Qadeer Abbas, a qualifier from the Punjab cup is one of the others who almost ensured the place in the knockout by staying unbeaten so far in four matches.