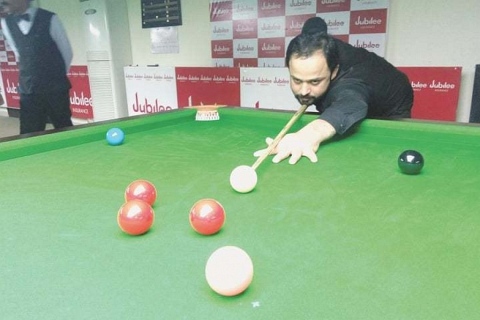 
It is to be mention here that Abbas started the tournament with a win as he defeated former Sindh champion Mohammad Ishtiaq by 4-2 whereas it was the second consecutive defeat for Mubashir as he lost his first match against wildcard holder Majid Ali by 4-1 on the opening day of championship. Now he got very low chances to move into knockout round.


The other top seeds, Asjad Iqbal and Mohammad Asif won their matches to extend their winning run in the group A and B respectively.


On the second day of the event, Babir Masih and Zulfiwar A Qadir played century breaks each against their opponents. Babar hammered a break of 106 against less experienced Samiullah as he played an identical break on the first day of championship. Mohammad Asif also chalked up a break of 106 against Sindh’s Umair Alam.