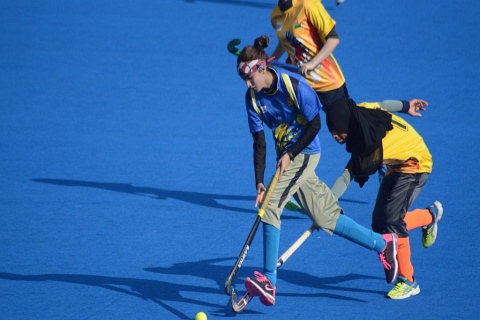 2nd Women Hockey Super League      National Hockey Stadium
Five teams are participating in the 2nd women hockey super league at the National Hockey Stadium, Lahore. Syed Khursheed Shah, leader of the opposition in the National Assembly was the chief guest of the opening ceremony. All the five participating teams made their formation in marchpast.
The first thrilling encounter was seen between Lahore Loins and Karachi Dolphins where both the teams tried their best to convert goal but match ended on a draw at 2-2. Sidra Pervaiz and Sharika Sarwar scored one goal each for Lahore Loins. Afshan Naureen neutralized both the goals for Karachi Dolphins.
The second match was played between Peshawar Deers and Islamabad Shaheen where Peshawar deer outplayed Islamabad Shaheen by 2-0. A brace by Saima Ghulam enabled Peshawar Deers to defeat Islamabad Shaheens.