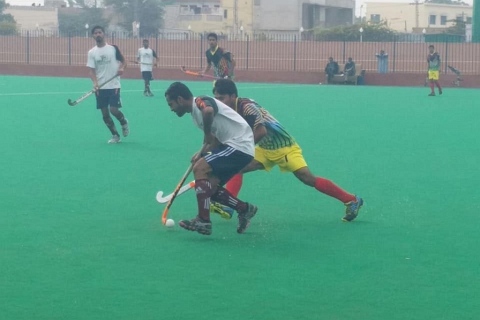 FFC in the first encounter of day eleven, thrashed Punjab by 8-1 in a one sided match. Awais Rehman from FFC scored a hat-trick while Ilyas, Afraz Khan, Faizan Alvi, Taimur Malik and Asfandayar contributed a goal apiece. Jahangir was the lonely scorer from Punjab.

In the second match, SNGPL outplayed Customs 4-2. Zubair, Ghulam Abbas, Ayub Ali and Samiullah fired one goal each from SNGPL while Farhan and Adnan Babar contributed one goal each from customs. The third match was played between WAPDA and Navy which was held in a draw. Khizar Akhter scored the only goal from WAPDA while Ali Sher added the goal from the sailors.

Crowd experienced another one sided contest between NBP and SSGC where the bankers cruises SSGC by 4-1. Abu Bakr, Muhammad Ateeq Arshad, Muhammad Bilal Qadir and Junaid Manzoor contributed 1 goal each from NBP while Azfar Yaqoob was the only goal scorer from SSGC.