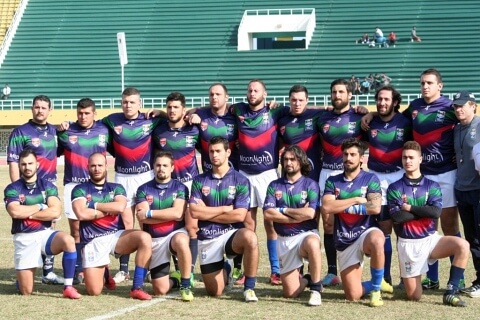 The 1st touchdown was scored by Pakistan. Pakistan Rugby League team displayed splendid show of game and first half was ended with Pakistan leading with 12-10 points. As the second half started, Italy Rugby league team started playing aggressive game. Italian team came hard from behind and did not allow Pakistani players again to come back in the game. Italian team dominated the entire 2nd half as Pakistani players could not match the fitness and toughness of Italian players. With beautiful moves, Italian team won the exhibition match and the Tariq Naizi Trophy with the final score of 32-20 points.


Maryam Aurangzab, Federal Minister for Information was the chief guest of the match and distributed the trophies and awards among the players. She welcomed the Italian team and also paid her regards for visiting Pakistan. She said there is no dearth of talent in Pakistan. “It is our top most priority to pack play grounds with spectators and athletes”.


She congratulated the organizers for inviting and playing such keenly-contested rugby match and hoped that other international rugby teams would also visit Pakistan and play exhibition and regular matches.