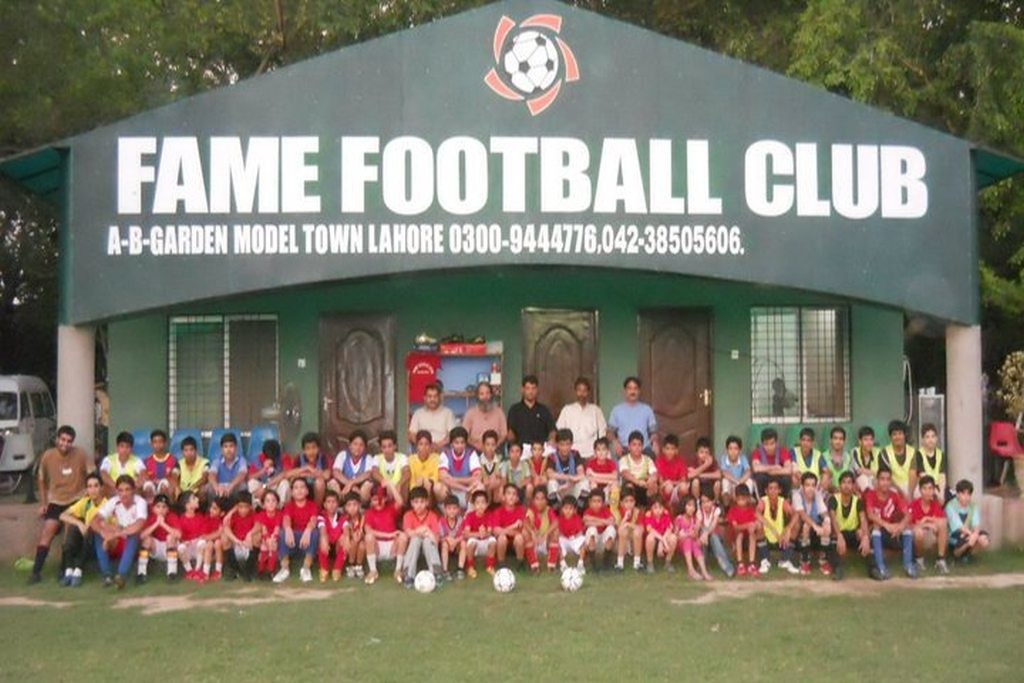 Founded in January 2008, FAME Football Club and Academy is one of the best clubs in Lahore City. It is located in Model Town Lahore Pakistan.

It has more than 100 permanent members and Former Pakistan International players who are coaching the Academy and Club teams. In a very short period of time, the club has gained a lot of name in the Lahore city.

The mission of the Owner of the club Arif Dogar is to promote the football in Pakistan and Zia Arif Dogar both working on its success day and night and making a team for B division Football league.

Tajamul Khan the secretary of the club is also giving his best services in the promotion of the ground. Amir and Anjum Shumail Attari both are the current coaches of FAME Football Club and Academy and have played many international games for Pakistan.