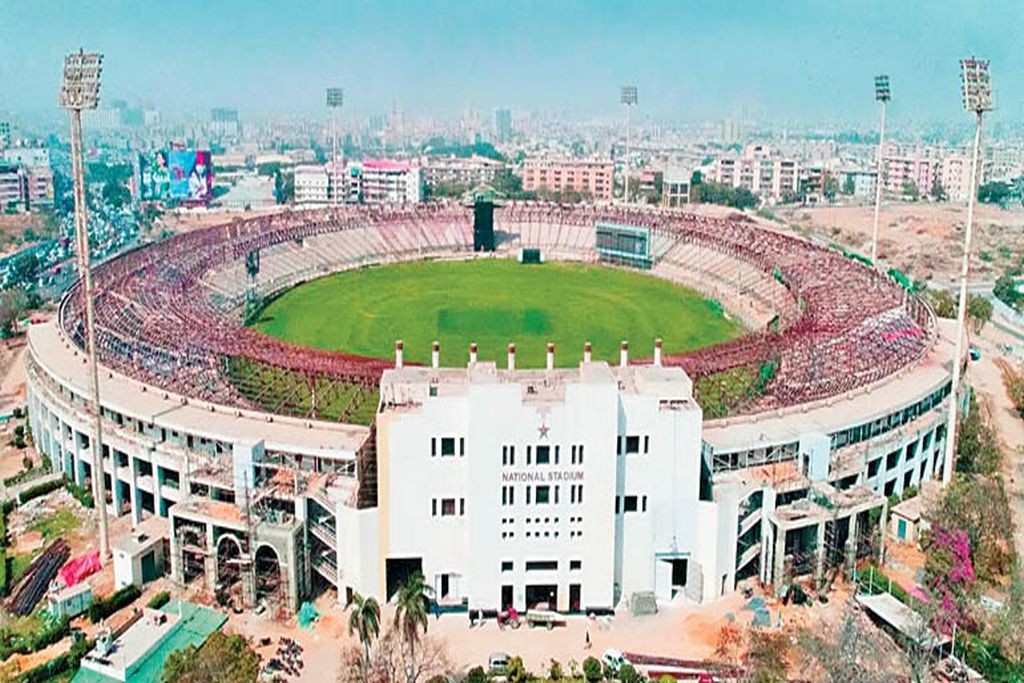 National Stadium Colony, Karachi, Karachi City, Sindh
The National Stadium is a cricket stadium in Karachi, Pakistan. It is currently used for cricket matches, and is home to Karachi's domestic cricket teams. The stadium is able to hold 34,228 spectators.
The National Stadium became Karachi's fifth and Pakistan's 11th first-class ground. The inaugural first-class match was played at NSK between Pakistan and India on April 21-24, 1955, and it became a fortress of Pakistan cricket.
In 34 Tests between that first match and December 2000, Pakistan won 17 and were never beaten. Their only Test defeat on the ground came in the gloom against England in 2000-01. Since then, major terrorist activity, mainly bombings, have meant that non Asian sides have refused to play in the city, and in five years only Bangladesh and Sri Lanka have visited. It is a shame because the spectators are passionate - and noisy - and it is a great place to play and watch.
The first ODI at the National Stadium was against West Indies on November 21, 1980, and it went down to the last ball as Gordon Greenidge drove Imran imperiously to the cover boundary with three needed. It has been a far less successful limited-overs venue, with defeats outnumbering victories. In fact, in a little under five years from the start of 1996, Pakistan failed to win on the ground. It also staged a quarter-final match in the 1996-97 World Cup.
Address: National Stadium Colony, Karachi, Karachi City, Sindh
Establishment: 21 April 1955
Capacity: 34,228
Owner: Pakistan Cricket Board
Operator: Karachi City Cricket Association