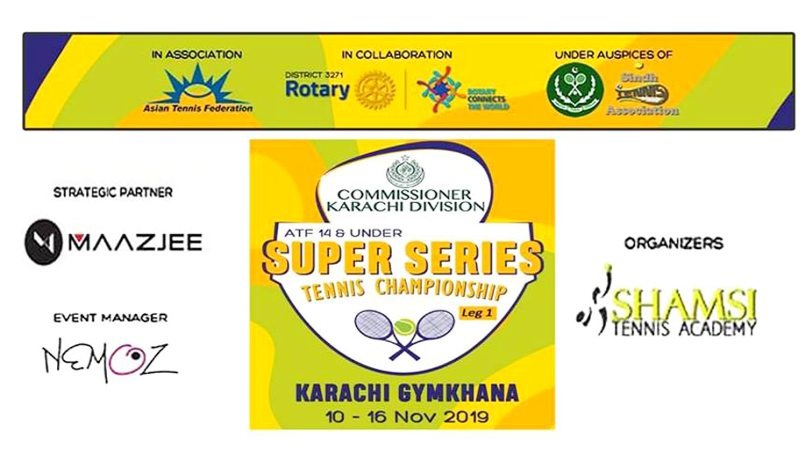 Shamsi Tennis Academy under the auspices of Pakistan Tennis Federation and Sindh Tennis Association are set to organize the Commissioner Karachi Division ATF 14 & Under Super Series Tennis Championship Leg-1 which will be inaugurated on November 12th with an exhibition match at the Karachi Gymkhana, which will feature top dignitaries of the metropolis.
The events to be contest in the championships include Boys under-14 Singles, Girls U-14 singles, Boys U14 Doubles and Girls U14 Doubles. The main round and qualifying round draw contains 32 places in BS14 and GS14 while 16 places in BD14, GD14 main round.
As per practice during last three years, the organizing committee of Commissioner Karachi ATF Super Series Tennis Championships, has decided to add six more events in the championships to promote local tennis as well beside Asian 14 & under Boys & Girls singles & Doubles.
The events comprises of Juniors 17 Singles, Boys 15, Singles, Boys 13 Singles, Boys & girls 11 Singles, Ladies Singles and Open Special Men.
Last date of entry for local events is 8th November. Entries can be send to Muhammad Khalid Rehmani at whats app number 0300 3607209 or email at Sindhtennis@gmail.com.