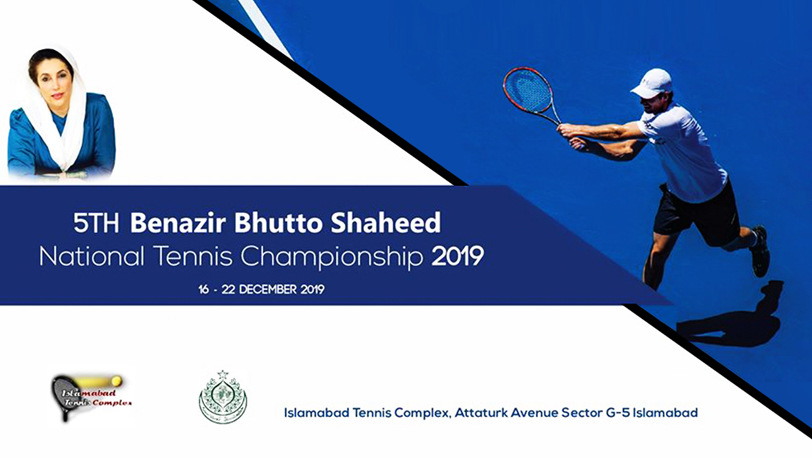 The 5th edition of Shaheed Benazir Bhutto National Ranking Tennis Championship 2019 was held from December 16 to 22 at Islamabad Tennis Complex.
The event included men’s singles and doubles, ladies singles and doubles, 45+ doubles, junior U-10, U-14 and U-18, while sports journalists category and special persons event were also be included in the fifth edition.
Senator Taj Haider, along with former Davis Cup coach Fazale Subhan and Hassan Baig, announced that: “Like previous years, the Sindh government has released Rs 1.7 million, which were handed over to the ITC to conduct the event in a trend-setting manner. We are also inviting Iranian players to give this event an international touch, where more than Rs 1 million cash prizes along with trophies will be distributed.
For any query contact  tournament director Mr Kamran Khalil at 03005206213 or 0512341130.